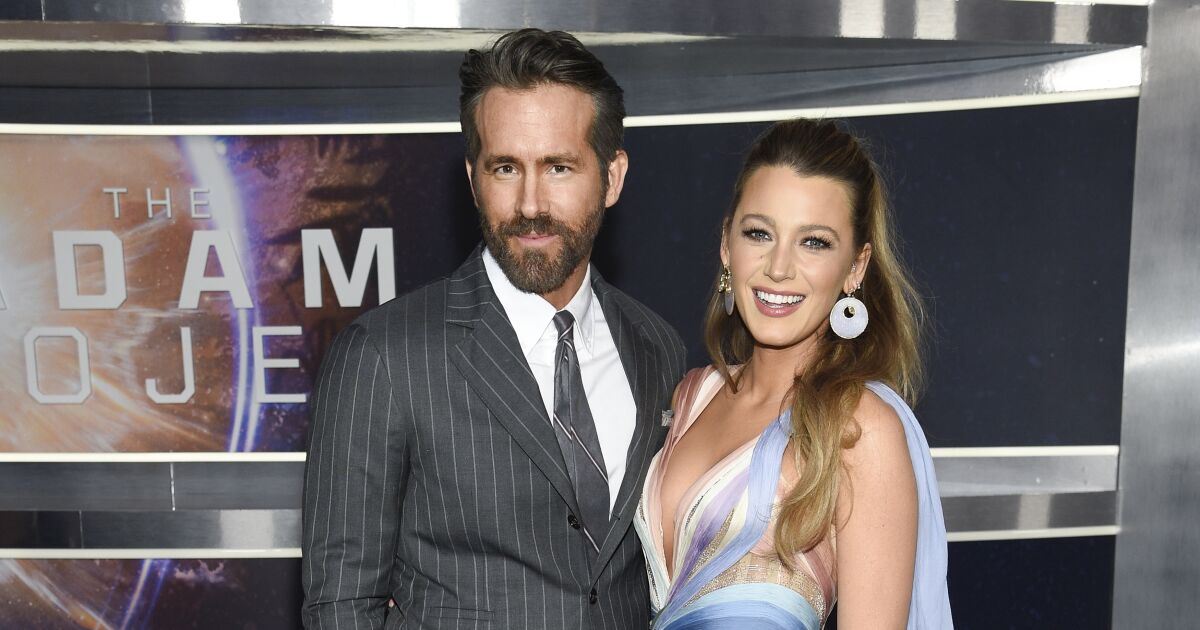 Blake Lively and Ryan Reynolds are expanding their family with a fourth baby on the way.

On Sunday, the “Simple Favor” star finally addressed reports that she and Reynolds are expecting another child. Speculation first arose when she seemingly revealed her baby bump while wearing a sparkly semi-sheer dress at the Forbes Power Women’s Summit on Thursday. Lively confirmed the news in an Instagram post on Sunday that also threw shade at the paparazzi.

“Here are photos of me pregnant in real life so the 11 guys waiting outside my home for a [unicorn emoji] sighting will leave me alone,” she captioned her photo collection. “You freak me and my kids out.”

Lively’s Instagram post was composed of candid shots of her baby bump and pics with Reynolds, her sister Robyn Lively and friends Taylor Swift and Samantha Stone. While Lively said she wasn’t too keen on the paparazzi waiting to sneak a pic, she thanked her supporters and media outlets who “have a ‘no kids policy.’”

“You make all the difference,” she added.

In 2014 they welcomed their first daughter, James, then their second, Inez, in 2016. In 2019, Reynolds revealed they were expecting their third child, Betty, with a tweet about Canada’s climate policy.

While confirmation about the couple’s fourth child is relatively new, Lively’s plans for growing her crew aren’t.

Most recently, Lively directed Swift in the music video for Swift and Chris Stapleton‘s song “I Bet You Think About Me” in November 2021. The music video starred real-life spouses Keleigh Sperry and Miles Teller.

Earlier this week, Reynolds made headlines when he broadcast his own possibly life-saving colonoscopy. The “Free Guy” actor decided to share the invasive procedure after losing a bet with his “Welcome to Wrexham” co-star Rob McElhenney.

Upon undergoing the colonoscopy, Reynolds’ doctor said he found “an extremely subtle polyp” on the right side of the actor’s colon and removed it.

“I would never normally have any medical procedure put on camera and then shared,” Reynolds said. “It’s not every day that you can raise awareness about something that will most definitely save lives. That’s enough motivation for me to let you in on a camera being shoved up my a—.”