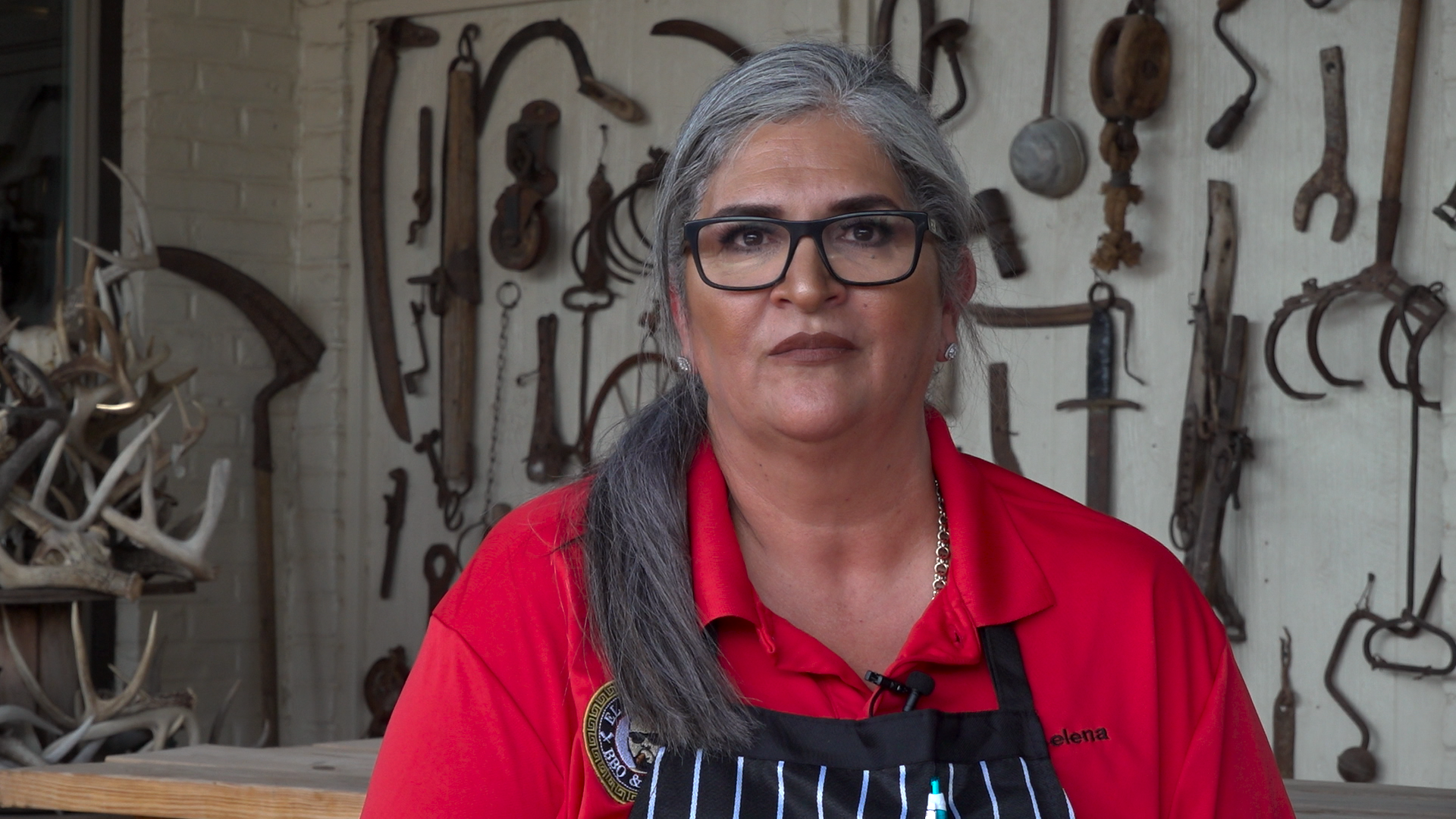 EAGLE PASS, Texas – A business owner near the U.S. southern border said she was forced to sell her family honky-tonk after the venue was broken into on five separate occasions since February.

“I worked alongside my father for 19 years,” said Selena Buentello Price, the former second-generation owner of The Wagon Wheel, a local barbeque joint. “One break-in in 25 years.”

“From February to now, I’ve had five,” Price said. “Not only has my business been broken into and ransacked—it’s just the insecurity now, you don’t feel safe at home anymore.”

Price said migrants that arrive in Eagle Pass often look for shelter and supplies in vacant buildings. Her family restaurant, which had been shuttered since the height of the COVID-19 pandemic, was a frequent stop.

The Del Rio sector of the southern border, which includes the small town of Eagle Pass, has had 375,000 migrant encounters since October last year, according to Customs and Border Protection. Price says migrants have “completely overrun” the small town leading residents and business owners to feel insecure.

“Two locations down from our original location, our smokehouse and our honky-tonk, we have this facility that assists in processing all these immigrants coming in,” Price told Fox News.

“Once they are processed — I literally see busloads on a daily basis — they’re just released and they find sanctuary in anything that’s abandoned or not,” she continued. “What I had that I valued — that not only had sentimental value, but had actual monetary value — has depreciated thanks to the mess, the trash, the vandalism.”

Price said she has taken to surveilling her buildings in the early hours of the morning to monitor for migrants.

“I’m so scared that they’re going to steal something that was a family heirloom of mine and depreciate the value even more by rummaging through my stuff and breaking that building,” she said.

Price said she reached a breaking point when she encountered an intruder on her property one evening. The business owner called police, but by the time they responded, the trespasser had fled.

“So, I decided to finally sell my family business,” Price said.

The mayor of El Paso, a Democrat, recently began busing migrants to other cities as a means to deal with record migration on the southern border. Recently, President Biden criticized the Republicans governors of “playing politics” after busing migrants to the northeast.

Plywood ripped from the side of the Wagon Wheel lays next to a recently boarded off section of the former business.
(Fox News Digital/ Jon Michael Raasch)

Despite the record number of border crossings, Vice President Kamala Harris claimed last week that the “border is secure.”

Price, meanwhile, has also experienced problems with migrants on her 126-acre ranch in Eagle Pass.

“I’ve got pictures of our game cams catching more immigrants than I did wildlife,” she said.

“Years prior to this opening of the borders, we used to see maybe five immigrants a month,” Price said. “As soon as those borders opened … there was movement every single day.”

Cash registers, computers, tools and other valuables have been taken from the honky-tonk, according to Price.
(Fox News Digital/ Jon Michael Raasch)

In addition to selling the family’s original barbeque location, Price told Fox News she had to sell her horses and cattle because migrants frequently cut her fences allowing her livestock to escape from their enclosures.

“I was forced because I couldn’t maintain my fences quick enough,” she said “They were being damaged every other day.”

Price said that she and her 29-year-old daughter keep pistols in their bedrooms due to the number of migrants she sees crossing through her ranch on a regular basis.

“You’re worried because you think of the worst-case scenarios,” Price said. “And that takes your peace.”

“Our security as we know it is gone,” she told Fox News.