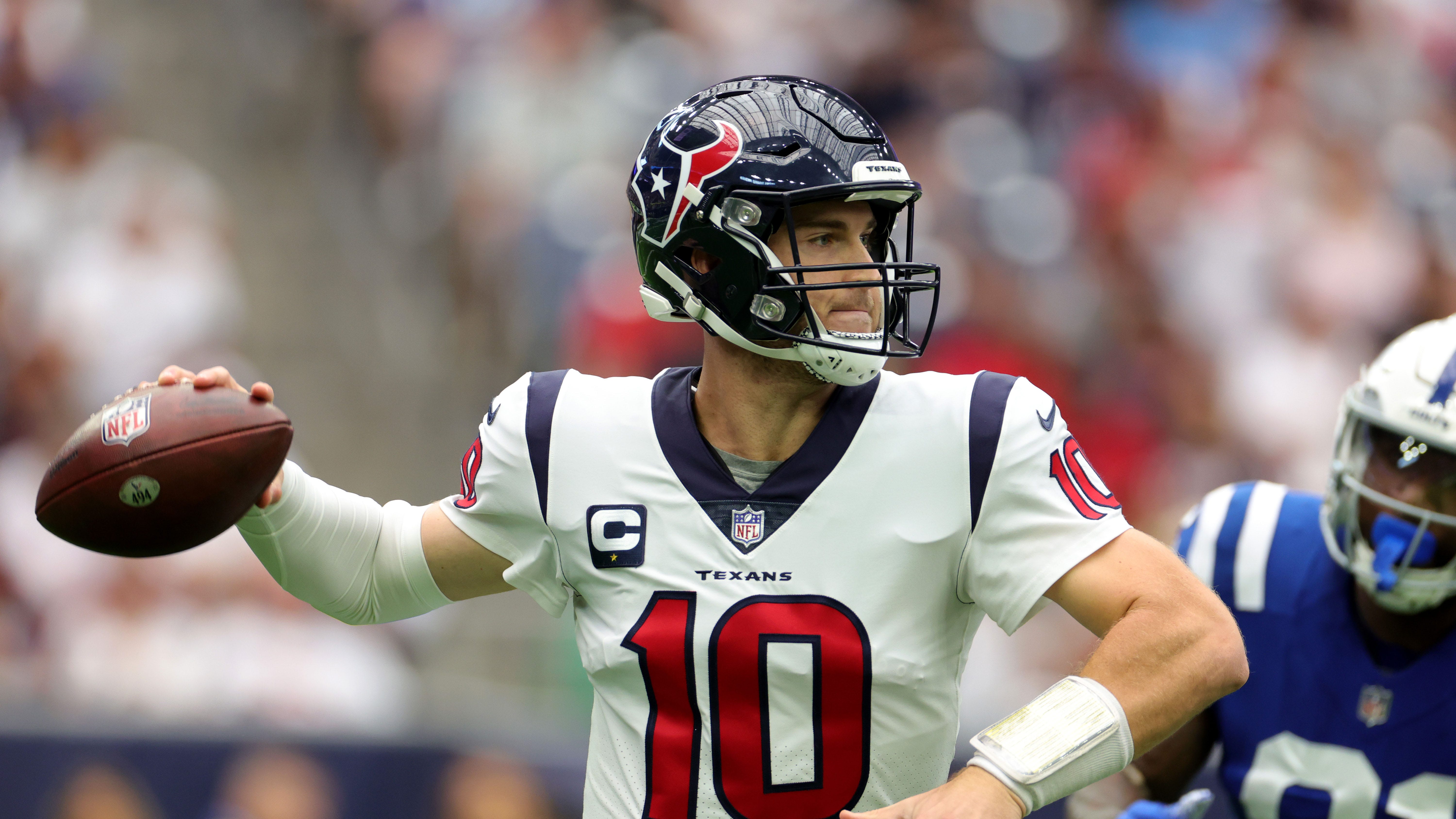 In one of the rarest things to happen in an NFL game, the Houston Texans and Indianapolis Colts ended up in a tie on Sunday at NRG Stadium.

Both teams will head into next week with a 0-0-1 record, as neither could find a field goal or the end zone in overtime.

It was almost a big upset for the Texans, as quarterback Davis Mills and key defensive stops led Houston to a 20-3 lead at one point in this game. Colts quarterback Matt Ryan and All-Pro running back Jonathan Taylor had to fight to make it 20-20 at the end of the fourth quarter.

Matt Ryan #2 of the Indianapolis Colts attempts to get rid of the ball during the third quarter against the Houston Texans at NRG Stadium on Sept. 11, 2022 in Houston, Texas.
(Carmen Mandato/Getty Images)

In overtime, Rodrigo Blankenship missed a 45-yard field goal that would’ve put the Colts up three points. Then, just five plays into their drive, the Texans were forced to punt. With only a few seconds left on the clock, the Colts, deep in their own zone, had no chance to win the game.

Mills was very efficient in this game, throwing for 240 yards on 23-for-37 with two touchdowns. His favorite target was Brandin Cooks, who had seven catches for 82 yards, but it was tight end O.J. Howard who had two touchdowns for his two catches.

For the Colts, Ryan had 352 yards on 32-for-50 with a touchdown and an interception. Taylor would lead the way with 161 yards on 31 carries with his touchdown.

Jerry Hughes #55 of the Houston Texans reacts during the first half against the Indianapolis Colts at NRG Stadium on Sept. 11, 2022 in Houston, Texas.
(Carmen Mandato/Getty Images)

The key was big defensive stops for the Texans early in this game, forcing a turnover on downs in the first quarter that ended on the Houston two-yard line. The Texans would drive to a field goal to take the 3-0 lead.

Then, an interception on the very next drive off Ryan would lead to a touchdown for Mills, Howard for his first of two scores on the day.

In the second half, Houston scored on their first drive, making it 13-0. The Texans would eventually get it to 20-3 after Howard’s second touchdown, but the Colts weren’t going to lay down after that.

They started the fourth quarter with 10 points, making this a game at 20-13. Indianapolis came charging back, bringing it to the two-minute warning with some solid Taylor runs that put them in Houston territory.

The last tie game in the NFL came in Week 10 last season between the Detroit Lions and Pittsburgh Steelers.

Davis Mills #10 of the Houston Texans looks to pass during the first half against the Indianapolis Colts at NRG Stadium on September 11, 2022 in Houston, Texas.
(Carmen Mandato/Getty Images)

The Steelers almost tied the Cincinnati Bengals on Sunday as well, until kicker Chris Boswell hit a field goal to end the game in the last seconds of overtime.