Review: Ken Burns issues a chilling warning with ‘The U.S. and the Holocaust’ 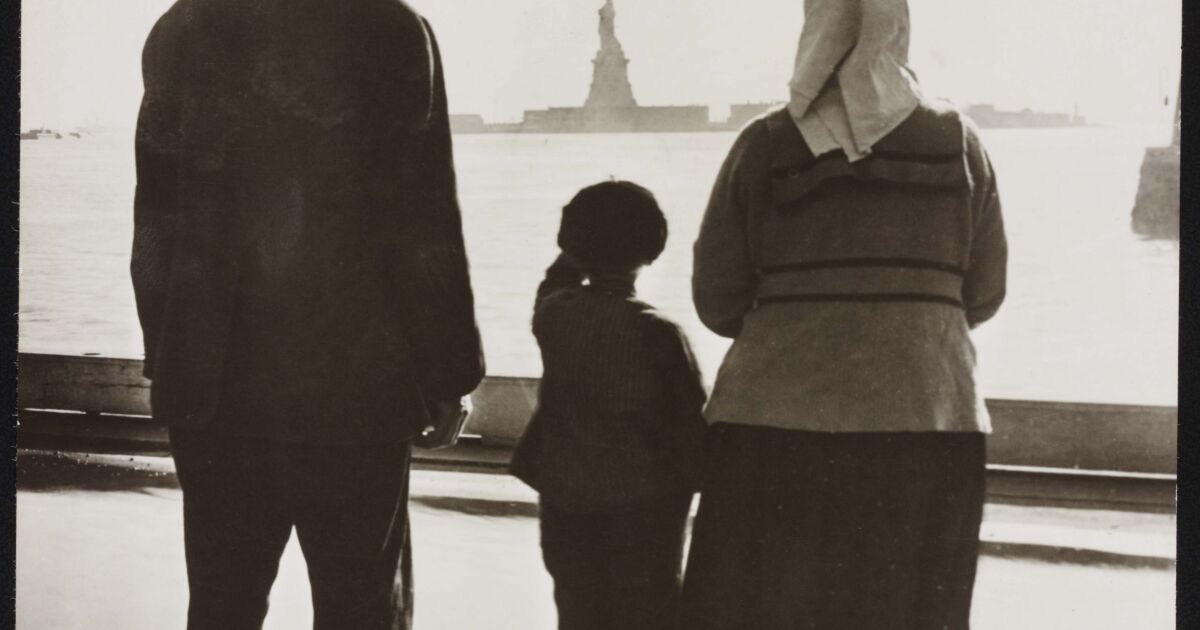 “The U.S. and the Holocaust,” the latest big PBS documentary from Ken Burns, is a different sort of film for him in that — unlike “Baseball” or “Jazz” or “Benjamin Franklin” — it seems very much a response to current events, made not just as a commemoration but as a warning. American nativism, xenophobia and white supremacy, having been given cover by the previous president, are renascent; the Anti-Defamation League found a 61% increase in attacks on Jewish institutions from 2020 to 2021.

Burns (with co-directors Lynn Novick and Sarah Botstein) will make that point explicit at the close of six emotionally demanding hours — spread across three episodes, airing Sunday to Tuesday — but it is always there, not far from the surface, in this thorough history of the American response, and lack of it, to Germany’s criminal war on the Jews. Still circulating are the same bad ideas about a singular national identity, racial purity and authoritarian rule; then, as now, conspiracy theories deform political discourse. This is not Nazi Germany, but to judge by the news, there are some who wish it were, and from recent attacks on libraries to the failed putsch of Jan. 6, 2021, there are echoes enough. (Russia’s invasion of Ukraine and Putin’s Hitleresque imperial fantasies give the series a separate, incidental resonance.)

It has all the hallmarks of a Burns production: the interweaving of personal stories with historical moments; erudite commentary from eyewitnesses and historians; an unparalleled wealth of photographs and film clips; a generous running length; and, as ever, Peter Coyote narrating. Burns’ measured style — some would call it sleepy — does not always do favors to his subject. (“Jazz” was not very … jazzy.) But in this case, given the elegiac, tragic nature of the material, it feels entirely apt.

There are some happy endings here, but they are overwhelmed by the enormity of the central subject — the act for which the word “genocide” was coined — which many Americans could not or would not believe at the time, and which some still refuse to. As the Holocaust passes out of living memory, Burns wants to make it actual and felt, and to strike back against those who would whitewash America’s not always noble past for political agendas or psychological comfort.

Countless volumes have been written on the subject, and there will likely be more to come; it’s a complicated business, yet, in hindsight at least, also a simple one. The short story is that when it was most possible to help them, the United States — not alone among nations — failed the Jews of Europe, along with other refugees, because most of the country was simply disinclined to let them in, whether out of antisemitism or isolationism or a general antipathy toward immigration. Prefiguring more recent politicians, North Carolina Sen. Robert Reynolds declared, “If I had my way, I would today build a wall about the United States so high and so secure that not a single alien or foreign refugee from any country upon the face of the Earth could possibly scale or ascend it.”

But Jewish Americans were torn, too, according to author Daniel Mendelsohn, “between wanting to ring the alarm and not wanting to seem alarmist.” There was, adds historian Deborah Lipstadt, a “legitimate fear that if we talk too much about this, Americans are going to say, ‘Jews are like that, Jews are conniving.’”

While the full scope of the Holocaust was not known until later, stories about Nazi persecution of the Jews appeared almost from the beginning; Kristallnacht was front-page news. (Nonetheless, two-thirds of Americans polled believed that the persecution must have been partly or entirely the Jews’ own fault.) And late in 1942, Edward R. Murrow reported that “millions of human beings, most of them Jews, are being gathered up with ruthless efficiency and murdered.” We were not in the dark.

Burns, who begins “The U.S. and the Holocaust” at the Statue of Liberty with Emma Lazarus’ poem of welcome, backs his telling into the years before Hitler, looking at American immigration quotas that favored Northern over Southern and Eastern Europe (and shut out Asia altogether) and the widely embraced bunk “science” of eugenics, especially as articulated in conservationist Madison Grant’s “The Passing of the Great Race,” whose ideas of selective human breeding and racial superiority were taken up by Hitler.

What’s more, Hitler saw his dream of territorial expansion as prefigured by American manifest destiny. “The immense inner strength of the United States came from the ruthless but necessary act of murdering native people and herding the rest into cages,” he wrote. And German jurists studied contemporary Jim Crow laws as a model for their own discriminatory legislation.

Jews had been scapegoats everywhere for centuries. Antisemitism was normalized in the United States, in and out of Washington. (The State Department, we learn, was particularly racist and threw obstacles in the way of those hoping to immigrate.) They were barred from clubs and neighborhoods; universities set quotas on the number of Jewish students. The paramilitary, Nazi-modeled German American Bund, which drew a crowd of 20,000 to a 1939 Madison Square Garden rally, called for a “white, gentile-ruled United States.”

Henry Ford, we’re told, blamed Jews “for everything from Lincoln’s assassination to the change he thought he detected in his favorite candy bar,” and bought a newspaper to publish weekly antisemitic screeds. Aviator Charles Lindbergh, an international hero, became the spokesperson for the isolationist America First Committee, claiming that the country was being dragged into war by the British, the Roosevelt administration and the Jews. “I am absolutely convinced that Lindbergh is a Nazi,” said the president, whom fascist sympathizers dubbed “Frank D. Rosenfeld.”

As the chief executive of the United States, what FDR did and didn’t do or could or couldn’t have done or should have done sooner to help Europe’s Jews remains the focus of scholarly controversy. While generally approving, Burns, through his commentators, raises these questions while recognizing the political complications and military challenges the president faced and what he accomplished in spite of them. (He does not fail to note that, after the U.S. entered the war, Roosevelt incarcerated Japanese and Japanese Americans and limited the civil rights of other “aliens.”)

There are heroes in this story — diplomats, journalists, businessmen, private organizations running relief and rescue operations, people willing to bend rules and break laws, who saw saving a life as more important than filling out a form, unnamed citizens in the occupied countries who helped refugees hide or escape at the peril of their own lives. Eleanor Roosevelt was a voice for good in her husband’s ear and on the national stage. Treasury Department staffers revealed the State Department’s delaying relief money and suppressing reports about the Holocaust in a paper entitled “Report to the Secretary on the Acquiescence of this Government in the Murder of the Jews.” Journalist Varian Fry, smuggling people out of Vichy France and into Spain — including such celebrated figures as Hannah Arendt, Marc Chagall and Wanda Landowska — wrote home, “It’s stimulating to be outside the law.”

By contrast, it’s heartbreaking to see pictures of families you know will die later in dreadful circumstances; even some stories of escape will end in death when the Nazis take over a formerly safe haven. We hear of the ocean liner St. Louis, which left Hamburg in May 1939 with 937 passengers, heading for Cuba; turned away at Havana, and then by the United States, which had filled its quota, they eventually found (through U.S. intercession) shelter in England, France, Belgium and the Netherlands — but more than a quarter would later be murdered by the Nazis. Movingly told is the well-known story of Anne Frank, whose family had fled Frankfurt for Amsterdam when Hitler came to power; she is remembered by neighbor and playmate Eva Geiringer, who would barely survive a death camp. (There is a twist to this tale that is the series’ one instance of a “nice surprise.”)

“The U.S. and the Holocaust” becomes harder to watch as it goes on, for obvious reasons — it is unflinchingly graphic — and one longs physically for the arrival of the Allies, the destruction of the Reich, the war crime trials. I would not be surprised to learn that it loses viewers from night to night, or finds fewer viewers from the beginning than a typical Burns project. Yet I don’t think it’s been made to be popular, but from a sense of mission; indeed, it must have been a hard project to live with, especially with the suspicion that the people who most need to see it are the ones least likely to.