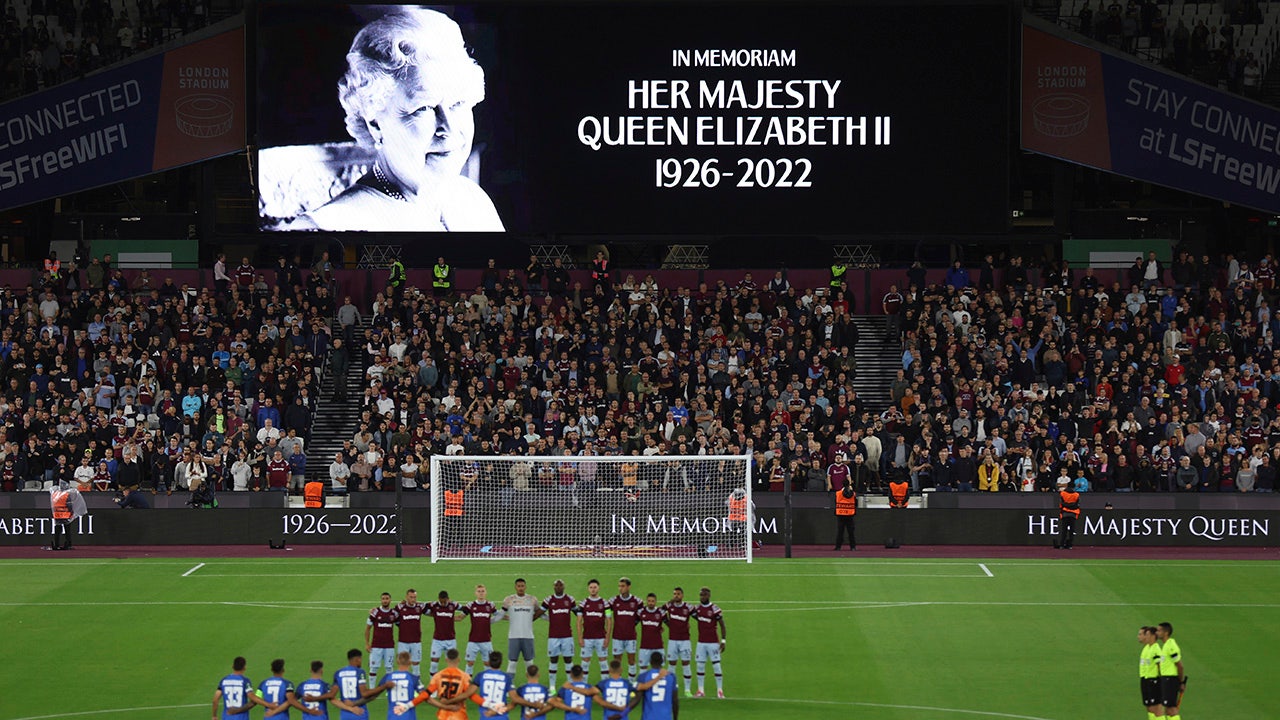 Three English Premier League games scheduled for this weekend were called off on Monday on safety grounds while authorities make preparations for the funeral of Queen Elizabeth II.

Manchester United’s home game against Leeds and Liverpool’s match at Chelsea, both set to take place on Sunday, were postponed. Brighton’s home game against Crystal Palace will remain postponed, having initially been called off because of a rail strike that will now not happen.

It reduces the next round of the league to a seven-game program. All 10 games in the most recent round — from Saturday to Monday — were postponed as a mark of respect following the death of the queen on Thursday.

Otherwise, soccer was resuming in Britain from Monday after a nationwide pause from Friday to Sunday — from the professional game down to the grassroots. The Premier League game between Leeds and Nottingham Forest, scheduled for Monday night to finish off the eighth round, remained off.

The English Football League — which runs the three divisions below the Premier League — said tributes will be paid to the queen at grounds across the country when games in the second-division Championship as well as League One and League Two resume from Tuesday.

A minute’s silence will be held before matches, with black armbands to be worn by players, flags to be flown at half-staff and the national anthem — “God Save the King” — to be played in stadiums.

The Premier League is still not back up to full swing, though, as authorities weigh up the logistical issues of staging a state funeral that will be attended by heads of state and royalty from around the world next Monday, and the policing of high-profile soccer matches in the preceding days.

“Following extensive consultation with clubs, police, local safety advisory groups and other relevant authorities, there was no other option but to postpone the three fixtures,” the Premier League said.

The league said the postponements were made “due to events surrounding the queen’s funeral.”

The monarch’s coffin will be flown on Tuesday to London, where it will lie in state at the Houses of Parliament from Wednesday until the morning of her funeral. The buildup to the funeral requires a vast police and security operation, with forces pulled from cities outside London.

“With a national policing plan now in operation,” the EFL said, “the league and clubs will continue to work with forces in respect of any challenges that may emerge regarding policing of specific fixtures.”

The EFL said it will work on a “case-by-case basis.”

Some Premier League teams will back in action in European competition from Tuesday to Thursday — Manchester City, Liverpool, Chelsea and Tottenham in the Champions League, plus Manchester United in the Europa League and West Ham in the Europa Conference League — ahead of the partial resumption of the top division.

Arsenal’s Europa League home game against PSV Eindhoven in London on Thursday was postponed by UEFA because of what the governing body said was the “severe limitations on police resources and organizational issues.”

UEFA and Arsenal face challenges in rescheduling the game amid the congestion caused by the World Cup in November and December in Qatar. Arsenal has no clear midweek dates before the Europa League groups are scheduled to finish on Nov. 3, with the round of 16 draw scheduled for Nov. 7.

It’s a similar case for Chelsea, Liverpool, Man United, Leeds, Brighton and Palace, who have two league games to rearrange. They will likely be played in the new year.

In Scotland, the Champions League game between Rangers and Napoli in Glasgow had already been pushed back one day to Wednesday because of policing issues.