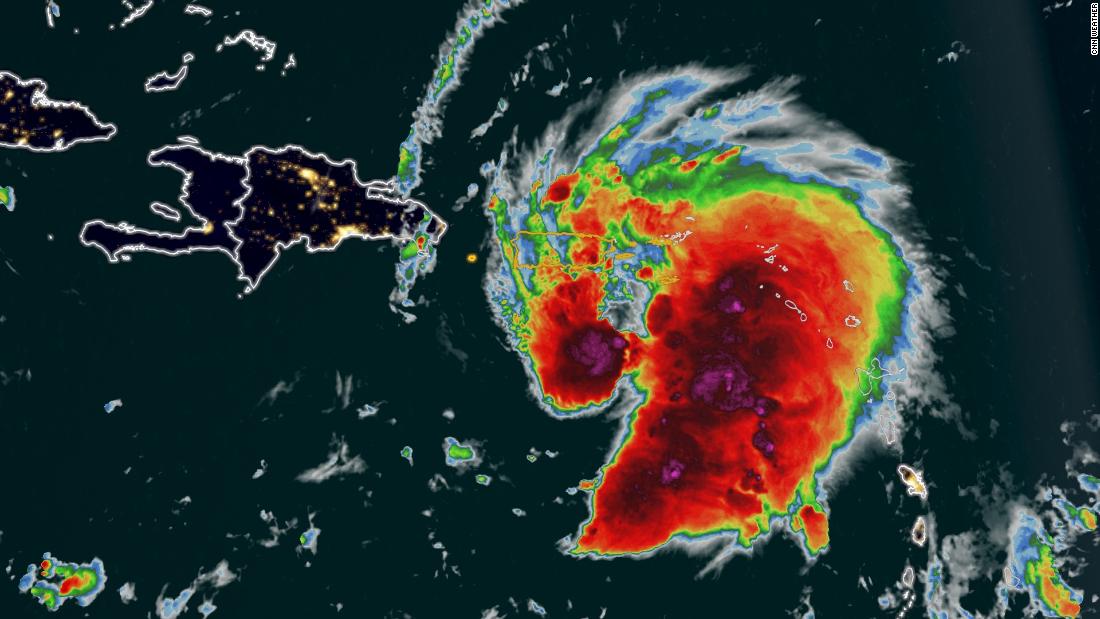 The storm, already bearing down on Puerto Rico about 80 miles south of the city of Ponce, is tracking westward with sustained winds of 65 mph, and heavy rain and tropical storm-force winds are already occurring across the US Virgin Islands and much of Puerto Rico.

Fiona’s center, on the current forecast, is expected to approach Sunday morning before moving near or over southwestern Puerto Rico later this afternoon or evening.

Very heavy rainfall of 12 to 16 inches is forecast across a wide swath of Puerto Rico, with most of the rain expected Sunday, and isolated locations across southern and eastern Puerto Rico could see up to 25 inches, per the hurricane center. The northern and eastern Dominican Republic, too, is forecast to see 4 to 8 inches of rain, with isolated totals up to 12 inches possible.

“These rains will produce life-threatening flash flooding and urban flooding across Puerto Rico and the eastern Dominican Republic, along with mudslides and landslides in areas of higher terrain,” the hurricane center said.

Storm surge presents another threat, and it could raise water levels by as much as 1 to 3 feet above normal tide levels along Puerto Rico’s southern coast and in the Dominican Republic, where onshore winds will be strongest.

A hurricane warning — indicating hurricane conditions are expected — was issued for Puerto Rico, including the islands of Vieques and Culebra, and later expanded to include the eastern Dominican Republic from Cabo Caucedo to Cabo Frances Viejo. The US Virgin Islands and the Dominican Republic’s northern coast, from Cabo Frances Viejo west to Puerto Plata, are under a hurricane watch Sunday morning, meaning hurricane conditions are possible in the next 48 hours.

The threat won’t end once the storm passes between Puerto Rico and the Dominican Republic: Further strengthening is forecast, and the storm could become a Category 2 hurricane as it tracks east of the Bahamas, where the government issued a tropical storm watch for the southeastern Bahamas and a tropical storm watch or the Turks and Caicos Islands.

Tropical storm conditions are possible in the Turks and Caicos and the southeastern Bahamas by late Monday or early Tuesday.