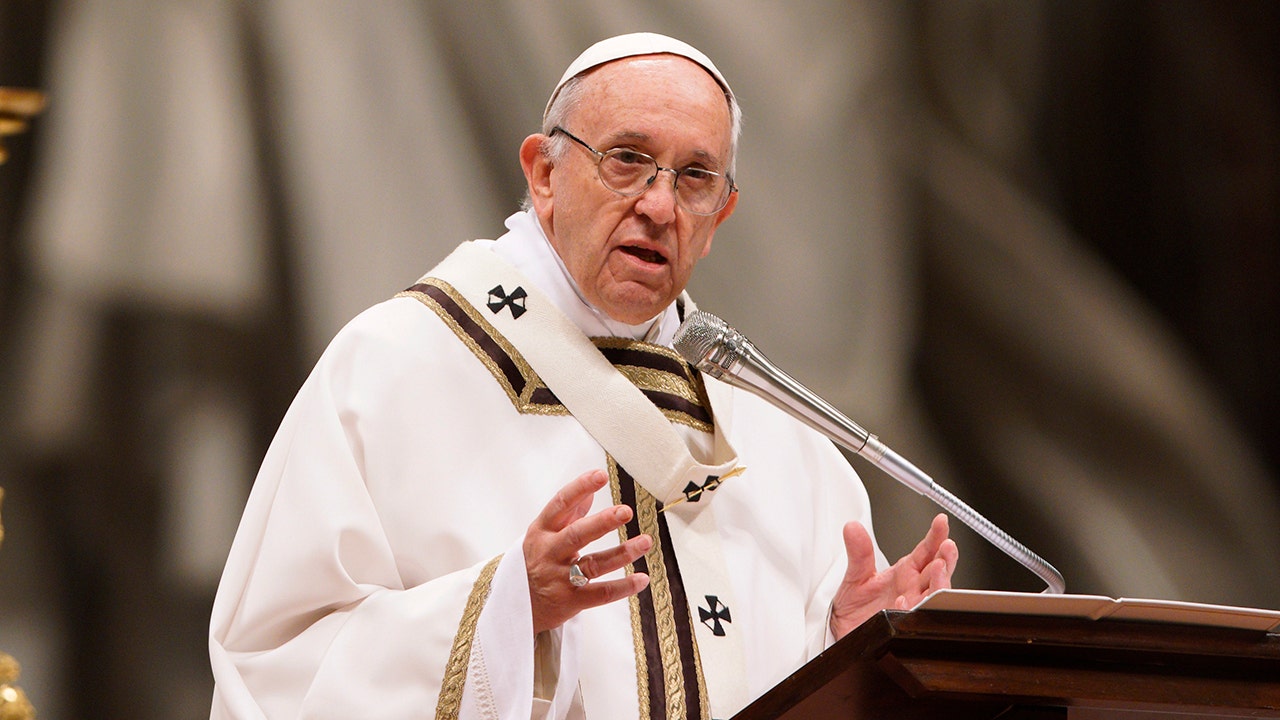 Pope Francis said the West is going down the “wrong paths” regarding social values.

Speaking aboard the papal airplane on Sept. 15, Pope Francis lamented the way which the West “degenerates” and loses its morality.

“It is true that the West degenerates,” the pope told reporters. “It is not, at this moment, at the highest level of exemplariness […] The West has taken the wrong paths.”

“To kill is not human, period. If you kill — with motivation yes — in the end you will kill more. It’s not human. Let’s leave killing to the animals,” Pope Francis added.

The pope previously expressed concern for the laity and clergy of Germany if their leaders break with established church teaching, saying Catholics would be negatively affected by the many proposed changes to the church pushed by Cardinal Reinhard Marx and other liberal German leaders in their “Synodal Path.”

Pope Francis arrives at a meeting with the Qaraqosh community at the Church of the Immaculate Conception, in Qaraqosh, Iraq, Sunday, March 7, 2021.
(AP Photo/Andrew Medichini)

The “Synodal Path” — sometimes called the “Synodal Way” — is a controversial church committee in Germany. The synod, organized by the German Bishops’ Conference and the Central Committee of German Catholics, aims at discussing and addressing four loose topics: sexual ethics, the structure of church governance, women’s role in the church and the vocation of the priesthood.

“Prior to an agreed understanding at the level of the universal church, it would not be permissible to initiate new official structures or doctrines in the dioceses, which would represent a wound to ecclesial communion and a threat to the unity of the Church,” Pope Francis warned the synod.

Timothy Nerozzi is a writer for Fox News Digital. You can follow him on Twitter @timothynerozzi and can email him at [email protected]