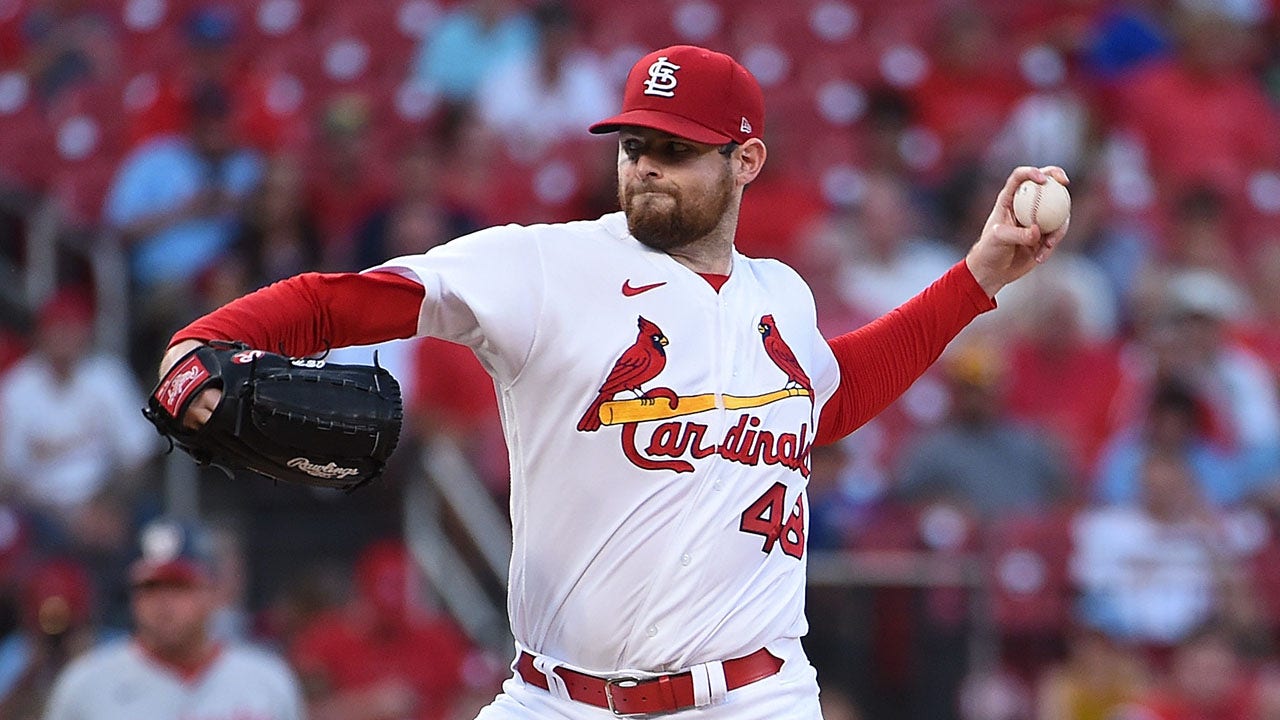 It’s no secret that playing in New York can be tough. But ever since Jordan Montgomery was traded from the Yankees to the St. Louis Cardinals, he’s become a totally different pitcher.

The lefty was traded just minutes before the trade deadline, and in seven starts with his new team, he owns a 1.45 ERA. In his tenure as a Yankee from 2017, he pitched to a 3.94 ERA.

Montgomery credits a lot of his success simply to the weight of New York being lifted off his back.

“I was always worried about getting booed off the mound in New York,” Montgomery told CC Sabathia’s and Ryan Ruocco’s “R2C2.”

Jordan Montgomery of the St. Louis Cardinals pitches against the Washington Nationals in the first inning at Busch Stadium Sept. 7, 2022, in St Louis.
(Joe Puetz/Getty Images)

“The pinstripes are heavy. Not everyone can handle it.”

Montgomery, a homegrown Bronx Bomber, was no slouch with the Yankees.

Plenty of Yankee fans who criticized him are now lamenting his departure. Montgomery joked that his Yankees jersey wasn’t a popular item among fans who took him for granted.

“I feel like I handled it OK. I could’ve been better, but there was a lot of things going into that, I guess. But here [in St. Louis], I’m just being myself and pitching the way I want to. I guess the fans have kind of embraced me so far.”

His very first start as a Cardinal came against none other than the Yankees, and Montgomery shut them down over five scoreless innings in a 1-0 St. Louis win.

In addition to Montgomery’s change of scenery, Cardinals coaches are giving him new pitching advice, which has led to recent success.

“I didn’t really have much faith in my heater at the Yankees,” Montgomery said. “I had been told that it wasn’t that good compared to my other pitches, and if I was gonna get hit, it was gonna be on a curveball or change-up, which isn’t how you can pitch. So if I got two strikes on a guy, he was probably auto taking because I was gonna throw a curveball or a change-up. He was trying to just foul a change-up off or see a curveball down. I’m throwing my fastball in two-strike counts, I’m throwing anything in any count now, so it’s definitely opened up.”

Jordan Montgomery of the St. Louis Cardinals delivers a pitch during the first inning against the Chicago Cubs at Wrigley Field Aug. 22, 2022, in Chicago.
(Michael Reaves/Getty Images)

“I’m a dog on the mound, and I’m just coming right after everybody,” he said.