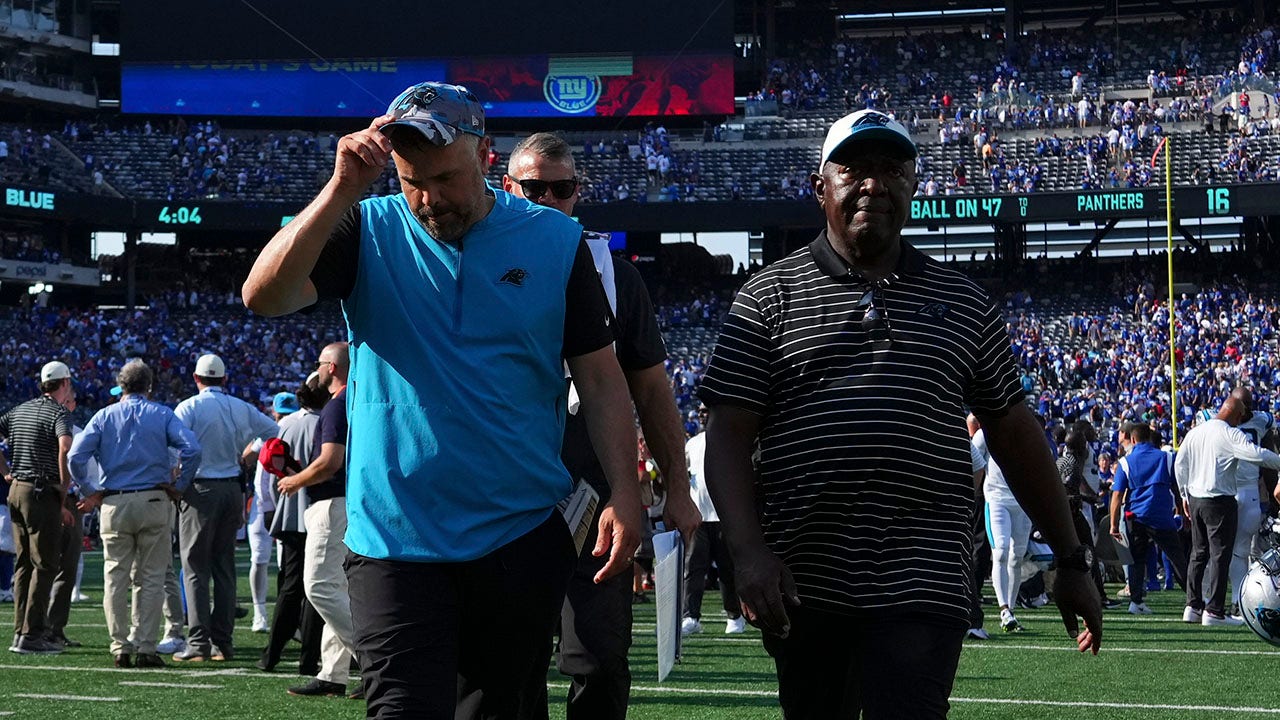 The Panthers dropped their second game of the season against the New York Giants on Sunday, extending their losing streak to nine games. But as questions surrounding Rhule’s job security continue to mount, he’s confident that Carolina is on the cusp of breaking through.

Head coach Matt Rhule of the Carolina Panthers looks on during the first half against the New York Giants at MetLife Stadium in East Rutherford, New Jersey, on Sept. 18, 2022.
(Mitchell Leff/Getty Images)

“That’s two games in a row where we’ve come down to the very end with a chance to win the game and have come up short both times,” he told reporters during his postgame press conference. “I take full responsibility for that. That’s my job, that falls on me, and I have to help these guys find a way to make just one more play and win the game.”

“We’re close. I believe that with all my heart,” he continued. “I think we’re so close, we’re coming down the stretch, but we haven’t found a way to get it done, and that’s my job — to help us get over that last hump. It’s the hardest part, and we haven’t done it yet and didn’t do it today.”

Head coach Matt Rhule (in blue shirt) of the Carolina Panthers pauses for a brief prayer after a loss to the Cleveland Browns at Bank of America Stadium in Charlotte, North Carolina, on Sept. 11, 2022.
(Grant Halverson/Getty Images)

Carolina’s defense was the strong point in Sunday’s loss, managing to limit star running back Saquon Barkley to just 72 rushing yards. He put together a 164-yard game the previous week against the Tennessee Titans.

Daniel Jones was also sacked three times, but a weak offensive effort by the Panthers ultimately led to their continued downward spiral.

“They’re trying, they’re grinding, they’re working,” Rhule added. “They left it all on the field today, but we are coming up a play or two short. I know how frustrated they are.”

Head coach Matt Rhule, left, of the Carolina Panthers walks off the field after the game against the New York Giants at MetLife Stadium in East Rutherford, New Jersey, on Sept. 18, 2022.
(Mitchell Leff/Getty Images)

The pressure is on for Rhule to figure it out. He enters his third season with the Panthers with a 10-25 record.

Share
Facebook
Twitter
Pinterest
WhatsApp
Previous articleThese migrants were flown to California from Texas. They don’t know why or who paid for their flights
Next articleWhat Harry and William’s Interaction at Queen Elizabeth’s Funeral Says