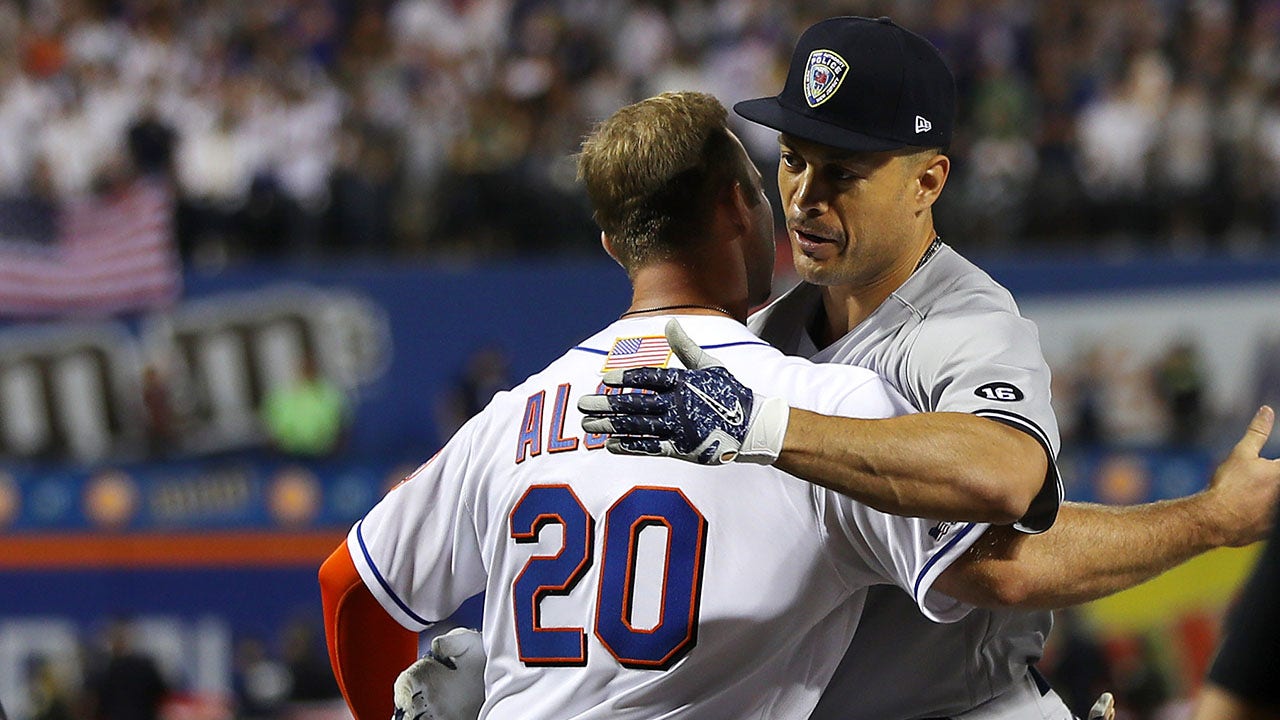 It has been a long, long time since everyone in New York was happy with their sports teams.

The Yankees, Mets, Giants and Jets all won on Sunday, marking the first time they all won on the same day since Sept. 27, 2009.

Giancarlo Stanton of the New York Yankees hugs Pete Alonso (20) of the New York Mets before their game at Citi Field in New York on Sept. 11, 2021.
(Mary DeCicco/MLB Photos via Getty Images)

Perhaps the most thrilling victory out of the four was the Jets’ miraculous comeback against the Cleveland Browns.

The Browns led 30-17 with 1:55 left in the game thanks to three Nick Chubb touchdowns, but a 66-yard touchdown by Corey Davis and an onside kick recovery gave the Jets one more chance. Joe Flacco drove down the field and found rookie receiver Garrett Wilson for the game-winning touchdown, which was his second score of the day.

It was the first time the Jets won a game in September since 2018.

Garrett Wilson of the New York Jets runs with the ball against the Cleveland Browns during the second quarter at FirstEnergy Stadium in Cleveland, Ohio, on Sept. 18, 2022.
(Nick Cammett/Getty Images)

Perhaps those were the two big surprises — everyone knew the New York baseball teams would be great all year but credit to the Jets and Giants, who have a combined one playoff appearance since 2012, for answering the call.

The Yankees defeated the Milwaukee Brewers, 12-8, in a game where Aaron Judge hit his 58th and 59th home runs of the season as he continues to chase down Roger Maris’ American League record of 61 in a season.

The Mets were in Citi Field and finished their sweep of the Pittsburgh Pirates with a 7-3 game. In that game, Jacob deGrom broke the MLB record for most consecutive starts allowing three or less earned runs.

Anthony Rizzo of the New York Yankees congratulates Aaron Judge (99) after Judge’s second home run of the game during the seventh inning against the Milwaukee Brewers at American Family Field in Milwaukee on Sept. 18, 2022.
(John Fisher/Getty Images)

Of course, all four games were occurring at the same time, so it’s likely that fans weren’t able to pay much attention to all them, but New York radio callers may be lost without having something to complain about.