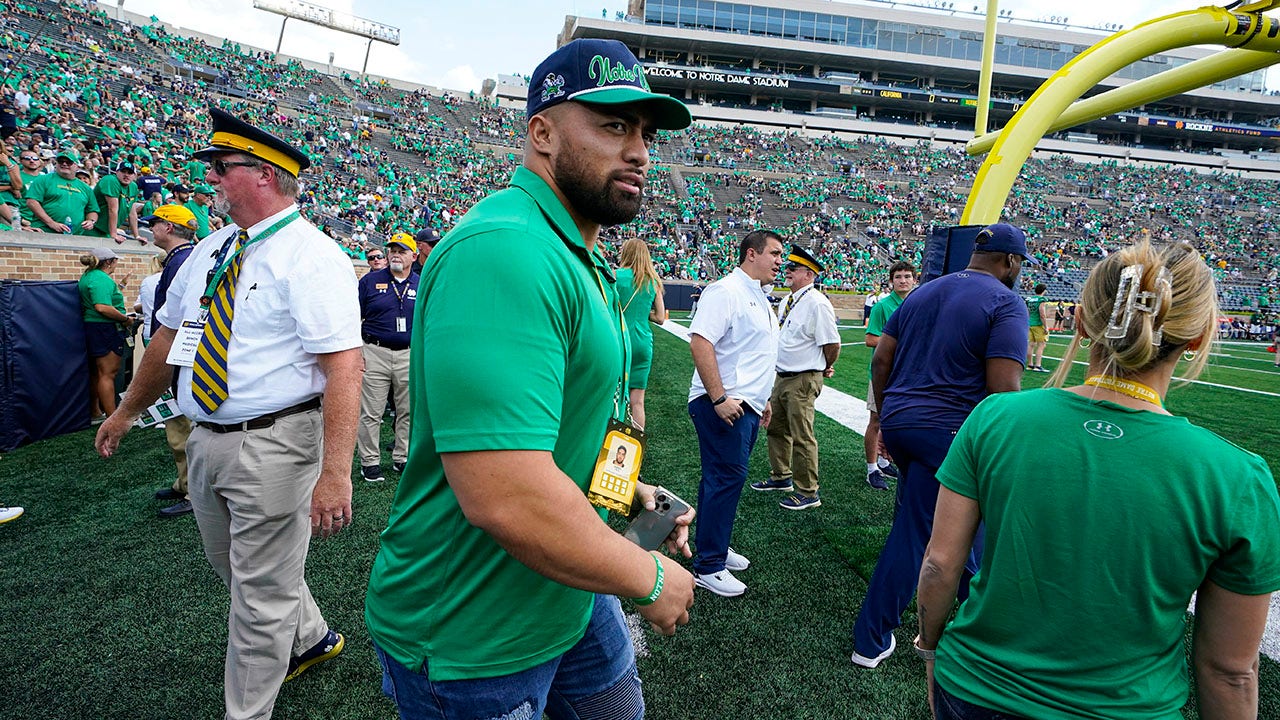 One of Notre Dame’s football legends made a return to the historic school on Saturday before their game against California.

Manti Te’o, a Heisman finalist in 2012 and one of the best linebackers in school history, was welcomed back, giving a speech during the Victory March. He was also shown on the jumbotron during the game.

Te’o had not been at the university since he went to the NFL in 2013, but he made it known how much Notre Dame means to him.

He also got a good ovation during the game and got quite emotional.

Te’o had reached superstar level for his play on the field entering his senior season at Notre Dame, but he took the world by storm when he was the victim of what turned out to be maybe the biggest catfishing scheme the world has seen.

The 31-year-old thought he was dating a woman online, and she had died of cancer during his senior season just hours after his grandmother had died. The horrific news was a catalyst for Te’o’s Heisman-finalist season and the Irish, but it turned out she never existed.

The story of Te’o and the fake “Lennay Kekua” was told in Netflix’s “Untold” series which was released in August.

It has been a struggle for Notre Dame, who dropped out of the Top 25 after an upset loss to Marshall last week, but Te’o, who played in the 2013 National Championship Game, had some words of advice to the team and its fans.

Te’o was a second round pick in the 2013 NFL Draft to the San Diego Chargers, but he never quite lived up to his Notre Dame hype. He had just 1.5 sacks in 62 career games with the Chargers and New Orleans Saints. He last played in 2019.

Linebacker Manti Te’o #50 of the San Diego Chargers walks on the field during the game with the Seattle Seahawks during preseason at Qualcomm Stadium on Aug. 29, 2015 in San Diego, California. The Seahawks won 16-15.
(Stephen Dunn/Getty Images)

Te’o’s comments seemed to do something – the Irish earned their first win of the season, taking down the Golden Bears, 24-17.