Is war’s tide turning in Ukraine’s favor? And will that hurt Putin? 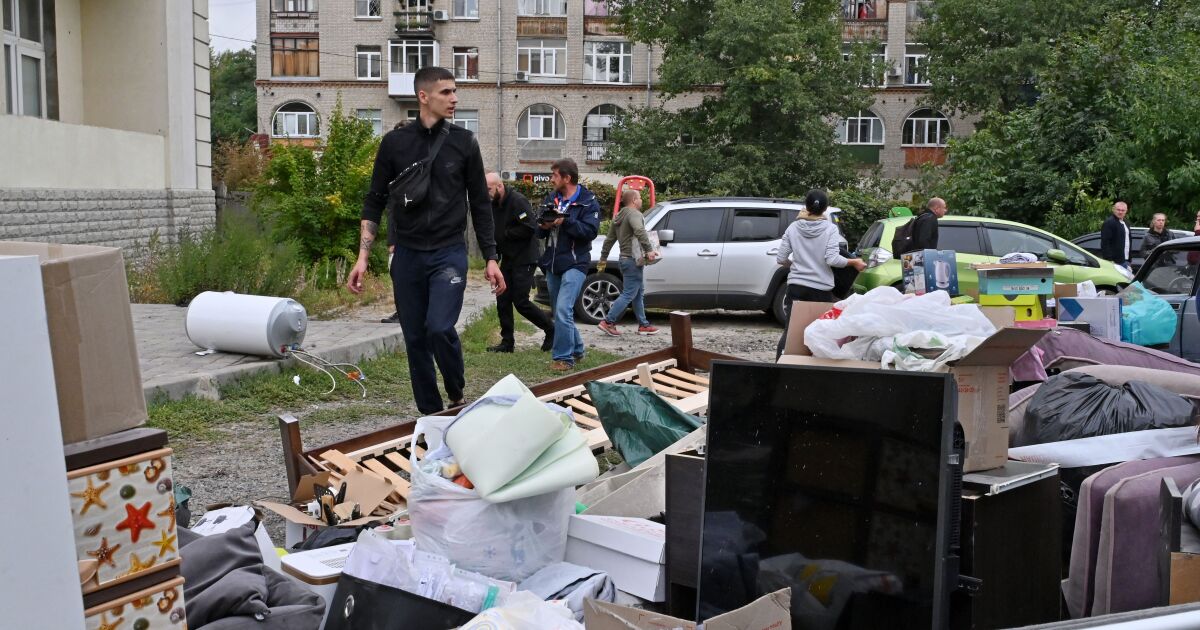 The scenes are jubilant ones: Ukrainian troops raise their blue-and-yellow banners in towns and villages that Russian troops controlled for nearly seven months. Elderly residents emerge from sheds and cellars, nearly bowling over young soldiers with headlong hugs. Abandoned Russian tanks and armored vehicles lie marooned in fields and streams.

The stunning battlefield successes of recent days in Ukraine’s northeast are raising hopes inside and outside the country that the tide of war may be turning. Ukraine says it has liberated more than 1,200 square miles of territory since the start of September, including the seizure of 20 settlements in one 24-hour span.

Western military analysts cautioned that Ukrainian forces’ lightning offensive in the province of Kharkiv — resulting in Russia’s biggest military setback since its failure to capture Kyiv, the Ukrainian capital, in the war’s earliest weeks — might not translate into durable gains there or elsewhere.

And Kremlin watchers generally agree that Russian President Vladimir Putin’s grip on power remains largely unchallenged, despite rare domestic criticism of the war he launched with the aim of subsuming a smaller sovereign neighbor into a resurgent Russia.

Nonetheless, it’s a highly consequential juncture in a conflict that for months has been mired in costly, bloody attrition that has played out mainly in the eastern industrial heartland.

Russia still holds one-fifth of Ukrainian territory. However, the latest assessment from the Institute for the Study of War, which monitors battlefield developments, said recent events suggest that unless Russia can again seize the initiative, Ukraine would “increasingly dictate the location and nature of the major fighting, and Russia will find itself increasingly responding inadequately to growing Ukrainian physical and psychological pressure.”

With the numbers of Russian troops killed and wounded easily reaching into the tens of thousands, some Western analysts said ordinary foot soldiers — and not only those who witnessed or took part in the disorderly flight in the northeast — were becoming increasingly demoralized.

Still, it’s hard to know exactly what to make of this latest wartime twist.

Ukraine, he said, had notched a “serious and impressive victory” by routing Russian troops in the region south of Kharkiv, the country’s second-largest city, which Ukraine regained control of in May.

But that triumph is far from decisive. A separate Ukrainian offensive in the south, aimed at recapturing the city of Kherson, is making much more limited progress.

“Never underestimate the importance of momentum,” Galeotti said. “But momentum gets exhausted at a certain point.”

For Ukraine, notching high-profile wins feel particularly crucial now, as several important allies in Europe look to be headed into a winter of punishing fuel shortages and war-triggered recessions.

The Kremlin, which does not call the war in Ukraine a war, insisted Monday that all was going to plan.

“The special military operation is ongoing, and will continue until its goals have been achieved,” Putin spokesman Dmitry Peskov told reporters in a conference call. Over the weekend, Russia’s Defense Ministry described the loss of territory and pullback of troops as “regrouping.”

Putin himself did not address the military situation, but state television showed him chairing an economic meeting on Monday and repeating his contention that Western sanctions had failed.

“The economic blitzkrieg, the onslaught they were depending upon, did not work,” he said. “This is already obvious to everyone, and to them too.”

But Ukrainian troops’ drive deep into what had been Russian-held territory, in some cases pushing right up to the border with Russia, caused a wave of consternation among some of Putin’s most unflagging cheerleaders — Russian military bloggers, some with large followings on the social media platform Telegram. Most were careful to direct their ire at military commanders rather than the president himself.

One particularly hawkish and influential Russian-language Telegram account, which calls itself War Gonzo and boasts nearly 1.1 million subscribers, openly called for a shake-up of the top military command.

“We know a dozen lieutenant colonels and colonels, and even captains and majors, whose command, tactical and strategic abilities are far less trivial than those of their superiors,” it said in a weekend posting. “So give them a job — they are ready to take responsibility.”

In a notable burst of criticism, one of Putin’s biggest supporters, Kremlin-backed Chechen strongman Ramzan Kadyrov, posted a Telegram audio message on Sunday complaining that senior commanders had “made mistakes.” He suggested that Putin might not have been fully briefed on what had happened.

“If today or tomorrow no changes are made in the strategy of the special military operation, I would need to speak to the Defense Ministry’s leadership, and to the country’s leadership, to explain to them the real situation on the ground,” Kadyrov said.

Official Russian media outlets, meanwhile, reiterated months-old messaging that Russia is at war with the North Atlantic Treaty Organization, not Ukraine, and is in fact something of an underdog in the fight. One of the highest-profile television commentators, Margarita Simonyan, invoked comparisons with Russian heroism in confronting the Nazis, declaring that “the Great Patriotic War was won by our sense of duty, and we see this sense of duty everywhere now.”

In fact, many battlefield accounts, including intercepted calls home from Russian soldiers, have depicted a force that is badly undersupplied, underequipped and underfed — but also extremely undisciplined, posing enormous peril to Ukrainian civilians in occupied areas.

The civilian toll, of course, continues to rise even in the midst of overall military gains. As its troops were fleeing the area around Kharkiv, Russia launched missiles that Ukraine said targeted civilian infrastructure, knocking out water and power systems in parts of the battle zone. Much of the damage was quickly repaired, but Ukrainian President Volodymyr Zelensky’s office said fresh strikes on Monday killed at least four civilians.

Zelensky, whose defiant daily messages are widely credited with rallying compatriots since the war’s earliest days, struck a particularly impassioned tone in remarks on Sunday aimed squarely at Russian forces — but also at Putin.

“Do you still think that you can frighten, crush and bend us into submission? You really understand nothing — you don’t realize who we are, what we are for?” he asked. “But history will arrange everything.”