Houston wide receivers get into skirmish on sideline during Kansas loss 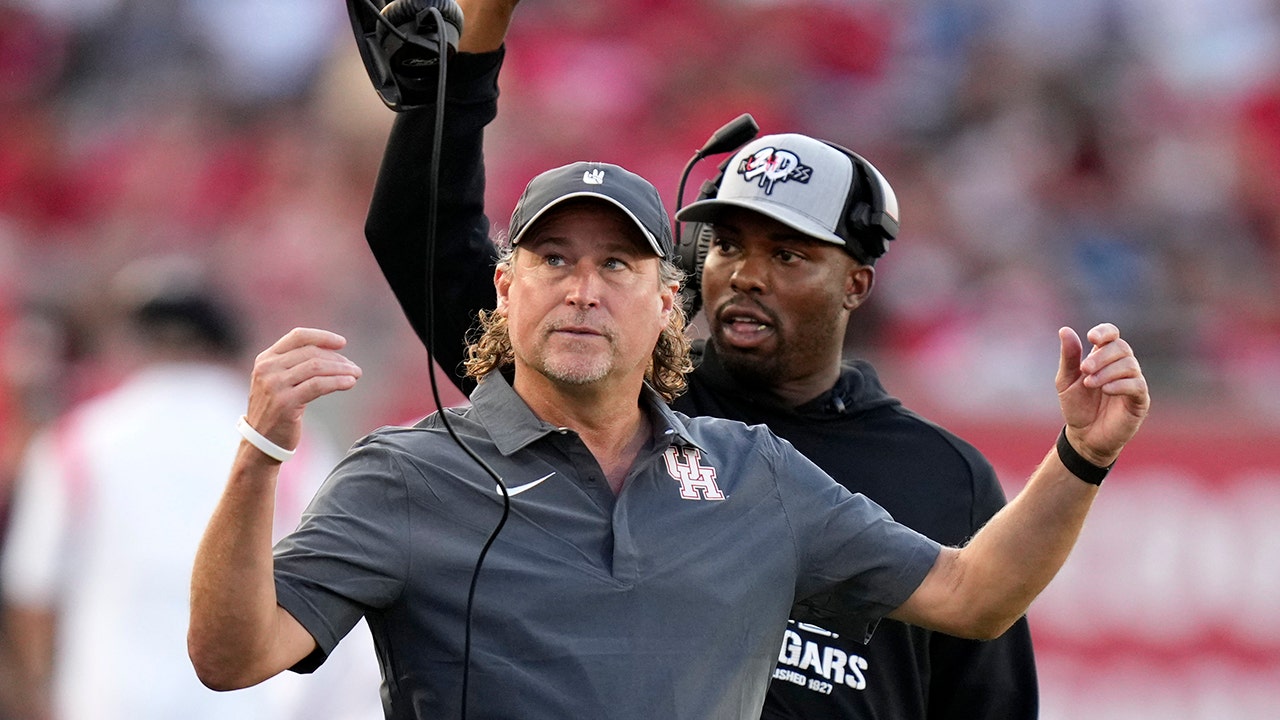 Houston wide receivers Samuel Brown and Joseph Manjack IV were involved in an incident on the sideline during the team’s 48-30 loss to Kansas on Saturday night.

With about 11:45 left in the third quarter, Manjack came over to the sideline and said something to Brown. He then grabbed Brown by the jersey and shoved him to the ground. The two players had to be separated.

“Manjack took it upon himself to go over there and confront Sam, which is not the right thing to do,” Houston coach Dana Holgorsen said after the game, via ESPN. “He was dead wrong and shouldn’t have done it, and knows it, and felt bad about it.”

Holgorsen said Manjack apologized to Brown and they “hugged it out.”

It was a tough night for the Cougars.

Houston opened the game with a 14-0 lead but the defense would allow 28 straight points. Kansas quarterback Jalon Daniels had three touchdowns and Daniel Hishaw Jr. had another in that span.

Daniels was 14-for23 with five total touchdowns. He had 158 passing yards and 123 rushing yards.

“I thought Jalon was excellent today,” Kansas coach Lance Leipold said. “He made some big plays, scrambling, keeping drives alive, saw some things, didn’t hesitate. Statistically, he probably didn’t get off to a great start, but I think again, a very solid day.”

Houston’s Clayton Tune was 22-of-31 for 260 yards, a touchdown and an interception.

Kansas moved to 3-0 with the win. Houston, which started the season ranked No. 24 in the country, dropped to 1-2.