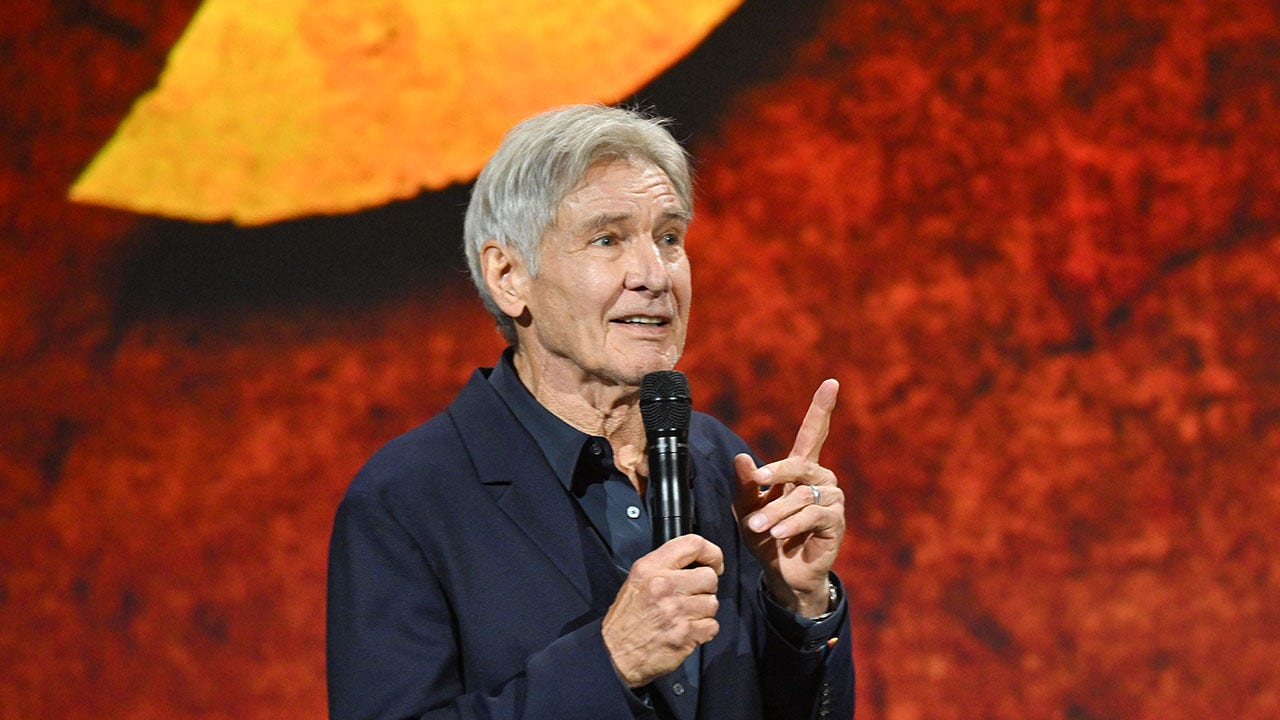 Harrison Ford choked up on Saturday while talking about the fifth “Indiana Jones” installment, which will be the 80-year-old actor’s last turn as the whip-cracking archeologist.

“Thank you for making these films such an incredible experience for all of us, giving the opportunity to us to make these films for you,” an emotional Ford said in a surprise appearance at Disney’s D23 expo in Anaheim, California.

As he stopped for a second to collect himself, a cheer of support rose from the crowd.

“I’m very proud to say that this one is fantastic,” he continued, adding that his co-star Phoebe Waller-Bridge, who was on stage with him, “is one of the reasons.”

HARRISON FORD’S 80TH BIRTHDAY: A LOOK AT SOME OF HIS BEST ROLES

“‘Indiana Jones’ movies are about fantasy and mystery, but they’re also about heart,” he continued, choking up again for a moment. “We have a really human story to tell, as well as a movie that will kick your a–.”

At the end of his speech he joked it would be his last time taking on the role. “This is it!” he kidded with the crowd. “I will not fall down for you again.”

“But thank you so much,” he added.

Ford suffered a shoulder injury last year while rehearsing a fight scene for the film but returned to the set within a few months to finish filming.

The actor previously hurt his back while shooting 1984’s “Indiana Jones and the Temple of Doom.”

The star, who likes to do as many of his own stunts as possible, also hurt his leg during the production of 2015’s “Star Wars: The Force Awakens” and has injured himself off-camera during two plane small crashes while he was piloting the aircraft.

Waller-Bridge, 37, joked that “keeping up” with Ford on the set was “exhausting.”

The movie is the first time the legendary archeologist has returned to movie theaters since “Indiana Jones and the Kingdom of the Crystal Skull” in 2008.

Ford first donned his famous fedora in 1981’s “Raiders of the Lost Ark,” which was followed by “Temple of Doom” and 1989’s “Indiana’s Jones and the Last Crusade” in which Sean Connery’s played his father.

Harrison Ford in a scene from the film “Indiana Jones And The Temple Of Doom” 1984.
(Photo by Paramount/Getty Images)

The latest installment, set to be released next June, doesn’t have an official title yet.

Steven Spielberg stepped away from the “Indiana Jones” director’s chair for the first time this round, allowing James Mangold (Ford v. Ferrari) to take the reins. Spielberg is a producer on the movie and John Williams returned to compose the score.

While little has been revealed about the movie’s plot, the D23 crowd got an exclusive look at a teaser trailer for the film.

It shows Jones still teaching, walking through a town in the desert and riding a horse through New York City, according to IGN.

Scenes from past movies are shown along with actor Mads Mikkelsen (Fantastic Beasts: The Secrets of Dumbledore) dressed as a Nazi, Jones’ classic foe.

The cast also includes Antonio Banderas, Boyd Holbrook, Shaunette Renée Wilson, Thomas Kretschmann and Toby Jones. It’s unconfirmed if actress Karen Allen, who played his first love in “Raiders” and married Jones at the end of the last movie, will be in the newest one.