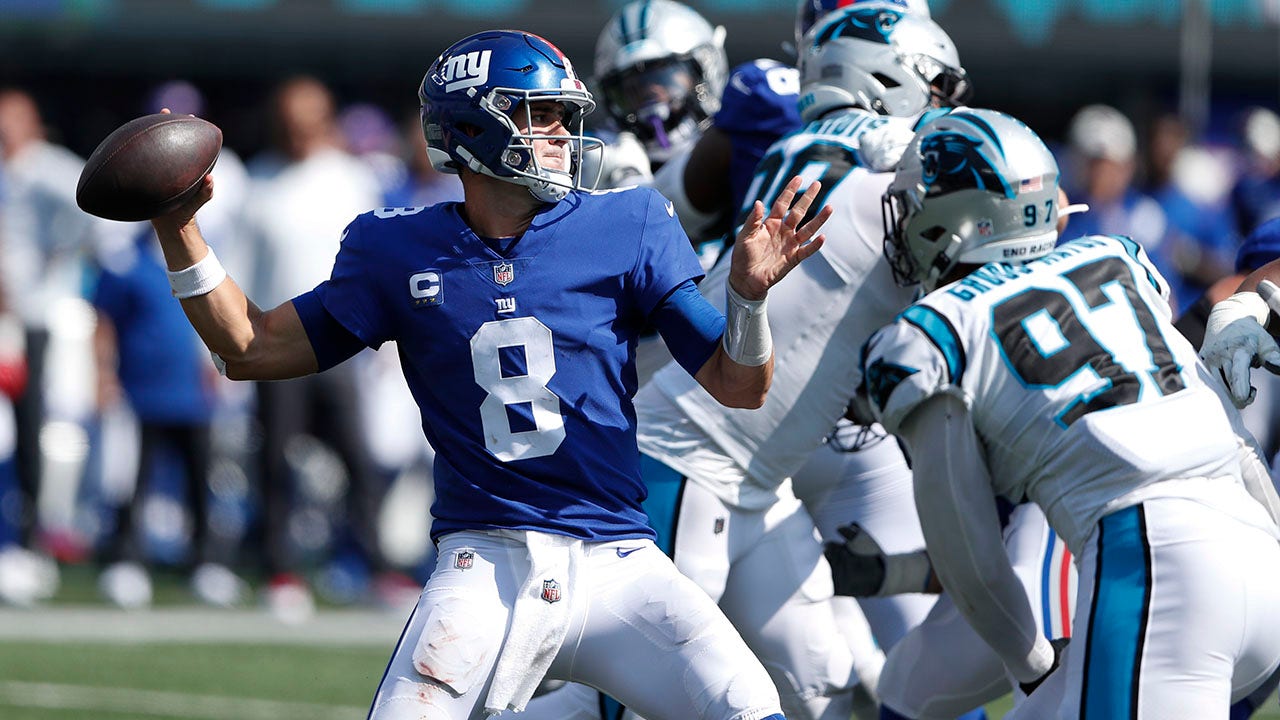 It was not pretty at all – which has been fitting for the New York Giants over the last decade – but they’ll take what they can get.

The G-Men took down the Carolina Panthers 19-16 on Sunday to start off 2-0 for the first time in six years.

Last week, with their win over the Tennessee Titans, it was their first time winning in Week 1 since 2016.

After last week’s insane 164-yard performance, Saquon Barkley was quiet in the first half – he had just three rushing yards on five carries.

But in the second half, he kicked it up a notch. On his 16 second-half carries, he got 69 yards on the ground, giving the Giants offense chances for the rest of the afternoon.

Daniel Jones also struggled early on, and got away with an awful throw that should have been a pick-six to end the first half. But for the second week in a row, he did just enough.

After the Panthers took a 13-6 lead early in the second half, Jones turned it up a bit. In the Giants’ ensuing drive, he completed four of his passes for 58 yards, capping off the drive with a 16-yard game-tying touchdown to rookie tight end Daniel Bellinger.

Daniel Bellinger of the New York Giants scores a touchdown against the Carolina Panthers at MetLife Stadium on Sept. 18, 2022.
(Rich Schultz/Getty Images)

Both teams exchanged punts for the next five drives combined, but Graham Gano sought revenge on his old Panthers squad. He drilled a 51-yard field goal to give the Giants a 16-13 lead in the fourth, and after Carolina matched, Gano bettered himself. He knocked down a 57-yard field goal with just over two minutes left in the game.

The Giants then forced a punt, and Jones was able to rush for a first down on 3rd and 6 to run the clock out, giving the Giants the victory.

For the second week in a row, Richie James led all Giants wide receivers in catches – he matched last week’s total with five on Sunday for 51 yards.

Gano knocked down all four of his field goal attempts on the afternoon, while the Panthers’ only touchdown was to DJ Moore in the third quarter.

The Giants have an easy schedule coming up – they will host the Dallas Cowboys, without Dak Prescott, on Monday night in Week 3, and then host the Chicago Bears the following week.

But with Brian Daboll at the helm, things may be different at 1925 Giants Drive.