Funeral of Queen Elizabeth II draws only 11.4 million viewers in the U.S. 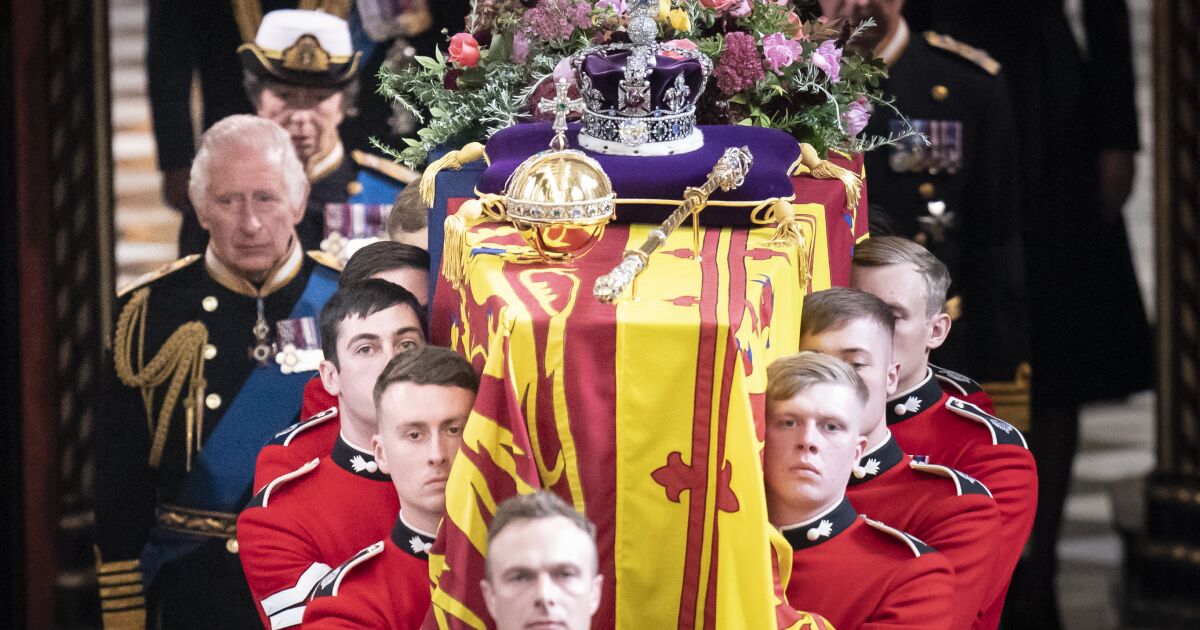 She may have been a widely respected monarch for 70 years, but when it comes to TV ratings, Queen Elizabeth II is no Diana.

An average of 11.4 million U.S. viewers watched the state funeral of Queen Elizabeth II on Monday morning, according to data from Nielsen.

Despite Americans’ intense fascination with the royal family, that figure doesn’t come close to the 33.2 million people who watched the funeral for Princess Diana in September 1997. Diana, the mother of Prince William and Prince Harry and a glamorous global celebrity, died in a car crash at the age of 36.

Diana’s funeral also occurred in a far less fragmented TV environment where streaming video was not a factor. It’s likely that many people streamed Queen Elizabeth’s funeral from a variety of sources, which are not included in the Nielsen figure.

Additionally, the four-hour event on Monday aired in the early morning and daytime hours in the U.S., limiting its potential audience.

U.S. viewers also may have been tiring of the story of Queen Elizabeth’s death at age 96, which occurred on Sept. 8 — 11 days before the procession and service at Westminster Abbey.

The farewell to the Queen also was below the recent royal weddings. The union of Prince Harry and Meghan Markle was watched by 29.2 million U.S. viewers across 15 channels in May 2018.

Prince Harry’s wedding to Kate Middleton was seen by 22.7 million Americans in 2011 when it aired over 11 networks, according to Nielsen.

As expected, interest was much higher in the United Kingdom. An average of 26.2 million viewers watched the Westminster Abbey funeral service between 11 a.m. and noon across all channels, with 18.5 million of those watching on the BBC, according to BARB, an audience research firm.

In comparison, Princess Diana’s funeral in 1997 had more than 32 million U.K. viewers.