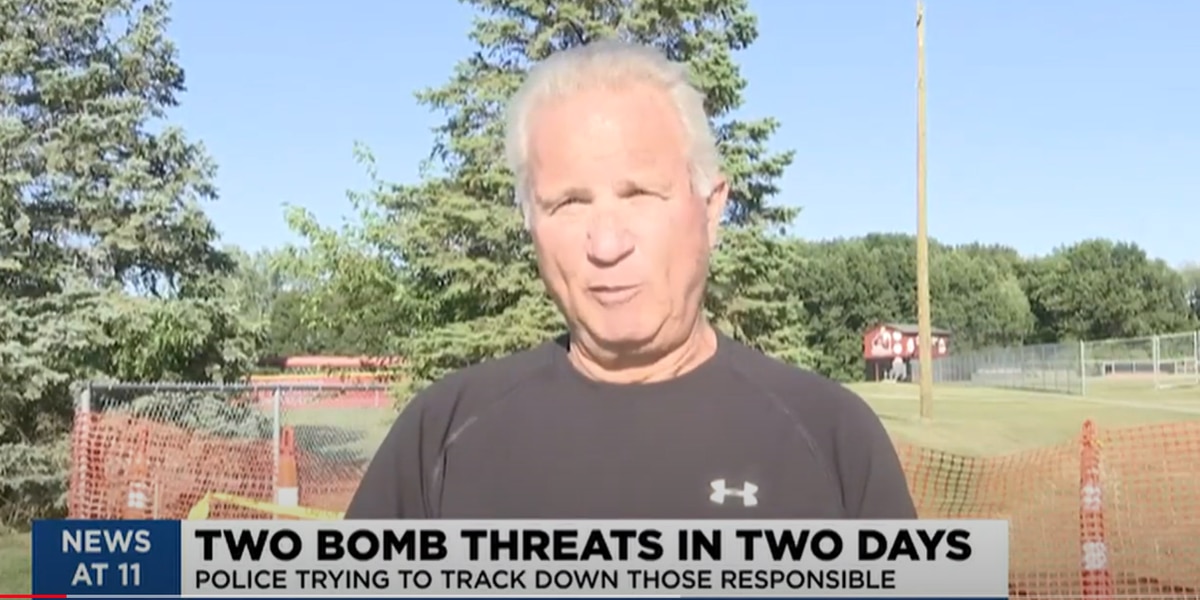 “A lot of kids just think it’s funny, some kids want to get out of taking a test, for whatever reason it’s still a crime,” Leyton said.

The first bomb threat was made over the phone on Sept. 7 at Dillon Elementary School, in the Carman-Ainsworth Community Schools district.

The second was made toward Atherton High School, in the Atherton Community Schools district on Sept. 8, after students reported receiving messages of a bomb threat.

Law enforcement was dispatched to both schools, and no credible threats were found.

“It’s a very serious felony crime to false report of domestic terrorism punishable by up to 20 years in prison,” Leyton said.

Police are still going to try to track down the suspect(s) who made the threat.

“Since school started there has been a number of false reports of bomb threats and that concerns me greatly,” Leyton said.

“There’s a lot of copycat crimes that go on, one kids sees another kid do it and they do it,” Leyton said. “A lot of kids just think it’s funny, some kids want to get out of taking a test, for whatever reason it’s still a crime.”

Leyton states that his office will throw the book at any offender, and he says not only will culprits face serious criminal charges, but also be facing severe punishment from the school.

“Some of the students who get caught are expelled from school, some are suspended that’s up to the school district,” Leyton said. “But every one of them gets prosecuted in Genesee County.”