Florida State rallies with backup QB, moves to 3-0 in win over Louisville 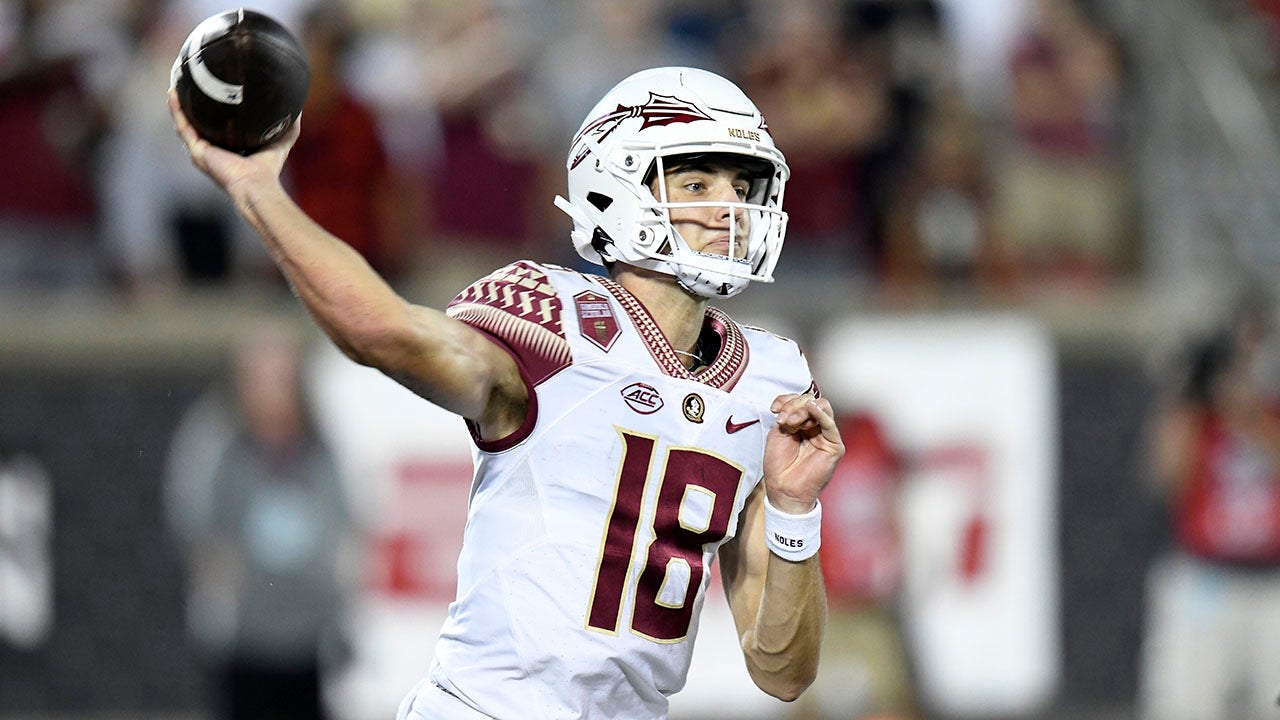 The Florida State Seminoles remained undefeated Friday night, moving to 3-0 on the season with a 35-31 win over Louisville.

Florida State, in its third season under head coach Mike Norvell, lost starting quarterback Jordan Travis to a lower leg injury in the second quarter, but backup quarterback Tate Rodemaker brought the Seminoles back from a first-half deficit for its first 3-0 start since the 2015 season.

Florida State Seminoles quarterback Jordan Travis is helped off the field after suffering an injury while being sacked during a game against the Louisville Cardinals Sept. 16, 2022, at Cardinal Stadium in Louisville, Ky.
(Joe Robbins/Icon Sportswire via Getty Images)

“That was an example of what this team is built on,” Norvell said. “It was a special night. That is one that I will remember forever. That was an incredible atmosphere. We’ll talk about that heart and that identity.”

Rodemaker came in after Travis injured his leg trying to escape a sack in the second quarter. Travis completed his first 11 passes Friday night, finishing the game 13-for-17 for 157 yards, two touchdowns and an interception.

Rodemaker led Florida State to three, 75-yard touchdown drives in the second half, finishing the game 6 of 10 for 109 yards, two touchdowns and an interception.

Camren McDonald of the Florida State Seminoles celebrates with fans after a game against the Louisville Cardinals at Cardinal Stadium Sept. 16, 2022, in Louisville, Ky.
(Michael Hickey/Getty Images)

“The first half I just kind of got thrown out there,” Rodemaker said. “The second half was, I just went out there and played my game. I just told myself, ‘This is like practice, and I’d been doing it all week.’ I just transferred it over to the game.”

Florida State scored the go-ahead touchdown with 7:54 left in the fourth quarter on a two-yard pass to Johnny Wilson.

“I knew we could win with Tate,” Norvell said, according to ESPN. “I’ve seen it in practice, seen him work, seen so much invested to be prepared for the moment. He got put in a challenging situation, on the road. But he went out there and responded.”

Louisville turned the ball over three times, including an interception by quarterback Malik Cunningham at the Louisville 46-yard line with 37 seconds left in the game.

“It’s just very hurtful and disappointing, you know, not being able to win this game,” Louisville coach Scott Satterfield said. “I felt Florida State is a good football team, but we were right there and going toe to toe and in control of the game until late.”

The Associated Press contributed to this report