Finland president says Putin ‘all in’ for Ukraine, claims Russia misunderstood how ‘willing’ West was to help 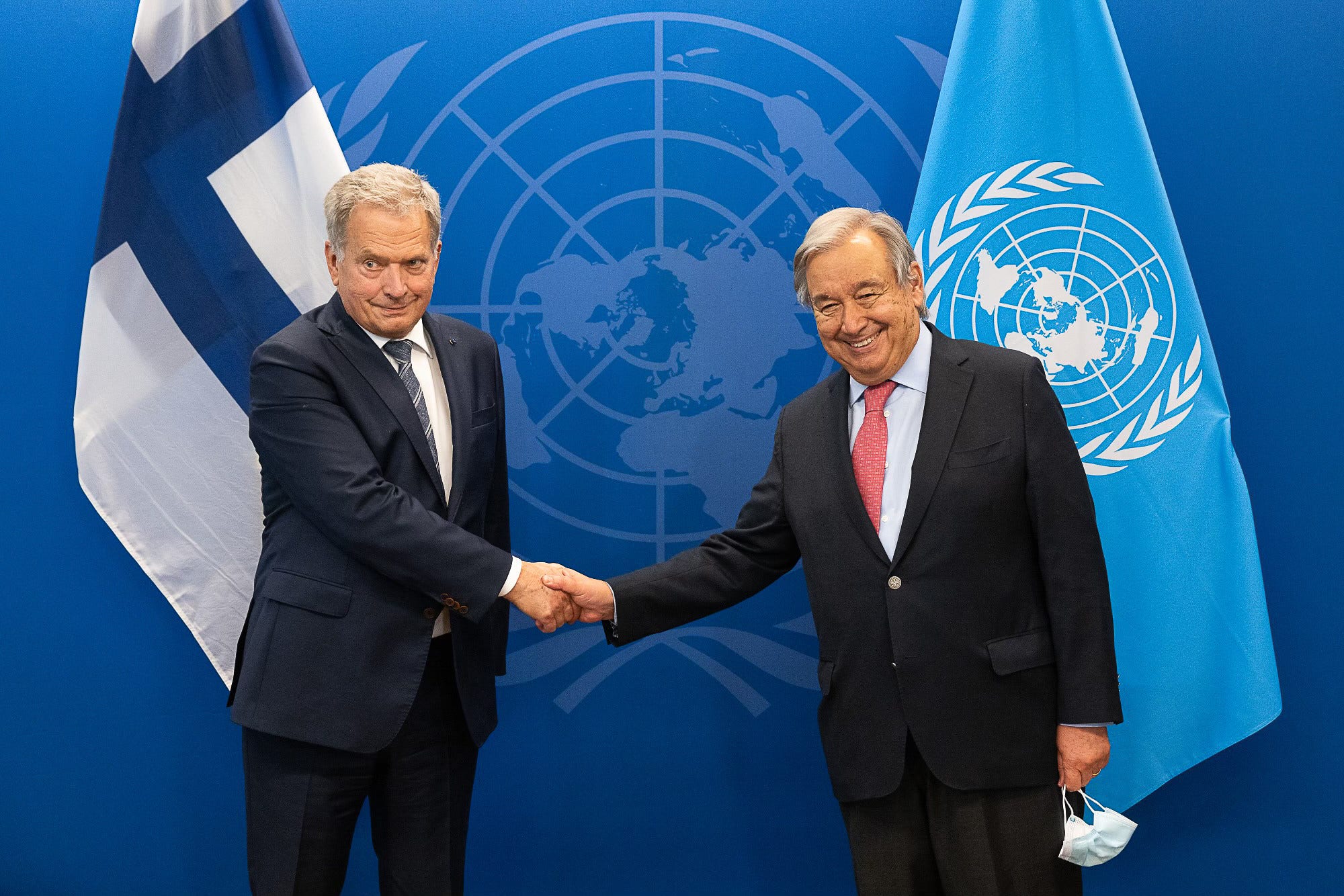 “As I have said, Putin has put all in,” Finnish President Sauli Niinistö told Fox News Digital in an exclusive statement. “The decision of partial mobilization is a sign of growing problems in Russia’s warfare in Ukraine. The so-called referenda and possible annexations are meant to create an image of protecting ‘Russia’s territory,’ Mother Russia.”

He continued: “All this further increases the risk of escalation. Russia’s actions are dangerous and reprehensible.”

The Finnish president spoke to Fox News Digital on Tuesday following his address to the U.N. General Assembly, and discussed his concerns over Russia’s nuclear threat as well as the fact that Russia did not fully understand the extent to which the West was willing to assist Ukraine.

When asked about his concerns regarding a nuclear catastrophe in the context of Russia’s invasion of Ukraine, the Finnish president told Fox News Digital: “I’m very concerned about the fact that if we think what Putin has been doing in poker terms – he has put all in and… the one who has put all in might be quite dangerous. So this is what I’m thinking. I wouldn’t like to talk about nuclear warfare, but it’s not an easy situation.”

He noted, “No one actually in late February understood how well [Finland] we understand the problems of Ukraine, how much the Western people feel that they are involved and willing to help.”

Niinistö remains concerned about Putin’s threats, saying the Russian president is “quite dangerous,” but that he has so far seen no direct retaliation from Russia following Finland’s decision to join NATO.

“Nothing has happened so far,” Niinistö said. “I decided to give a call to Putin when I’m telling him that we are going to NATO, but actually, he took it very calmly, and so far, we haven’t seen any major reactions.”

President Niinistö spoke at the summit of the Crimea Forum on Aug. 23, 2022.
(Matti Porre/Office of the President of the Republic)

The U.N. General Assembly this year has focused heavily on the climate crisis facing the world. U.N. Secretary-General Antonio Guterres stressed the need to support developing countries to build resilience in the face of “devastating” climate conditions.

In his remarks to the General Assembly on Tuesday, he stated “climate change is an existential threat to the human kind.” He added that “a triple crisis of energy, food security and finance is weighing especially heavily on vulnerable countries,” and that the world community “must not become indifferent or apathetic in the face of these multiple crises.”

He said told Fox News Digital that he hoped mankind can come together to end war, which is “made by humans directly,” but that we have fought against climate change “for generations” and it is not easy to stop.

He concluded that “When we face other problems, like warfare, like raising interest rates or whatever, we are human beings, and we very easily turn other problems to the side, and I do not want that happening to climate change,” he stressed.

Peter Aitken is a Fox News Digital reporter with a focus on national and global news.