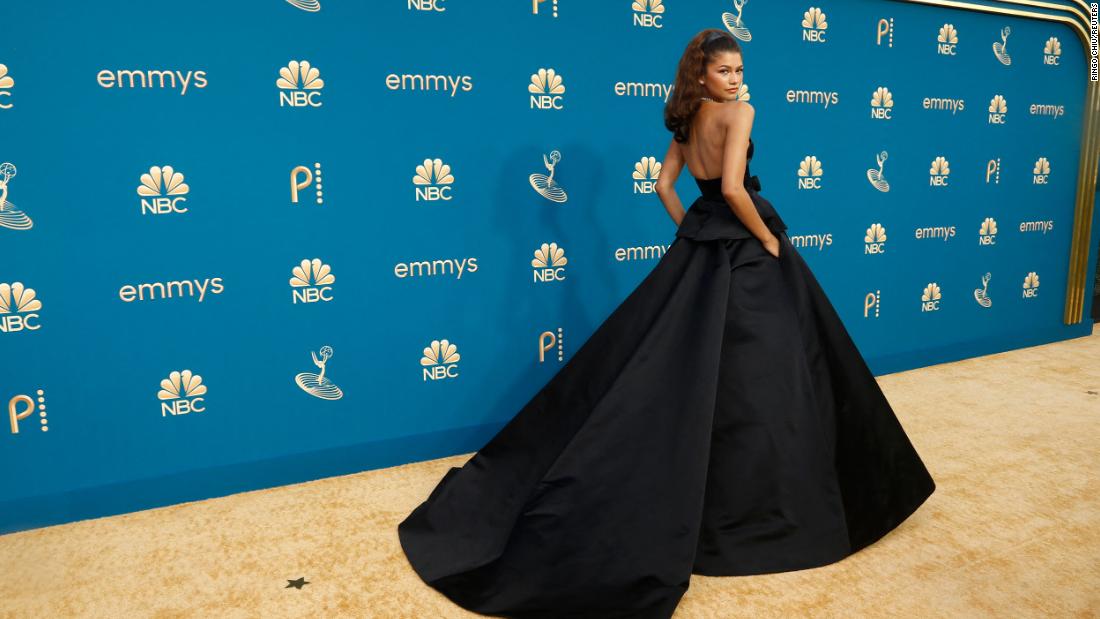 Returning to the Microsoft Theater for the first time since 2019, the Primetime Emmy Awards welcomed some of television’s biggest names to the red carpet.

There was no shortage of glamour at LA’s Microsoft Theater on Monday night, as television’s biggest names gathered on the red carpet for the 74th Primetime Emmy Awards.
With 2020’s ceremony held virtually and last year’s downsized amid rising Covid-19 cases, the event was back at its usual home for the first time since 2019. And stars took advantage of the return to normalcy in classic silhouettes and ensembles rich in elegant detailing.

The red carpet turned gold for the evening, and attendees from “Severance” actor Britt Lower to Amanda Seyfried in Armani Privé opted for sparkling or sequined ensembles to match. Among them, Lily James stood out in a Versace gown made from bronze metal mesh, while Christina Ricci stunned in a shimmering gown by Fendi.

There were pops of pastel, too. “Yellowjackets” star Melanie Lynskey wore a mint-green tulle gown by Christian Siriano, and Ariana DeBose wowed in an ethereal lavender dress that featured a cutout bodice and floral embellishment.

Cutout dresses were embraced by other celebrities as well. Jasmin Savoy Brown’s Christopher Kane dress and Issa Rae’s ivory and black gown offered flashes of torso while Julia Garner, who went on to win Best Supporting Actress in a Drama Series for “Ozark,” wore a Gucci dress with a striking diamond-shaped design.

Many of the evening’s men played it safe in classic tuxedos and tailored suits (aside from a bare-chested Jerrod Carmichel). Bowen Yang and Himesh Patel both brought their ensembles to life with patterned jackets, and “Ted Lasso” star Toheeb Jimoh’s suit featured a dangling waist tie.

As for the unexpected menswear look of the night? All-white — or all-cream — suits. Nicholas Braun and Andrew Garfield (in Dior Men and Zegna, respectively) were joined by Seth Rogen and John Legend in embracing the trend.

See below for some the best looks from this year’s red carpet.

Lee Jung-jae, who went on to win Outstanding Lead Actor in a Drama series, looked suave in a studded jacket and leather tie. Credit: Aude Guerrucci/Reuters

Andrew Garfield, wearing Zegna, was one of several male stars to opt for an all-white suit. Credit: Dan Steinberg/Invision/AP

Quinta Brunson, nominated for “Abbott Elementary” as both an actor and producer, arrived in Dolce & Gabbana. Credit: Frazer Harrison/Getty Images

Sydney Sweeney, who was nominated for both “Euphoria” and “The White Lotus,” stunned in Oscar de la Renta. Credit: Frazer Harrison/Getty Images