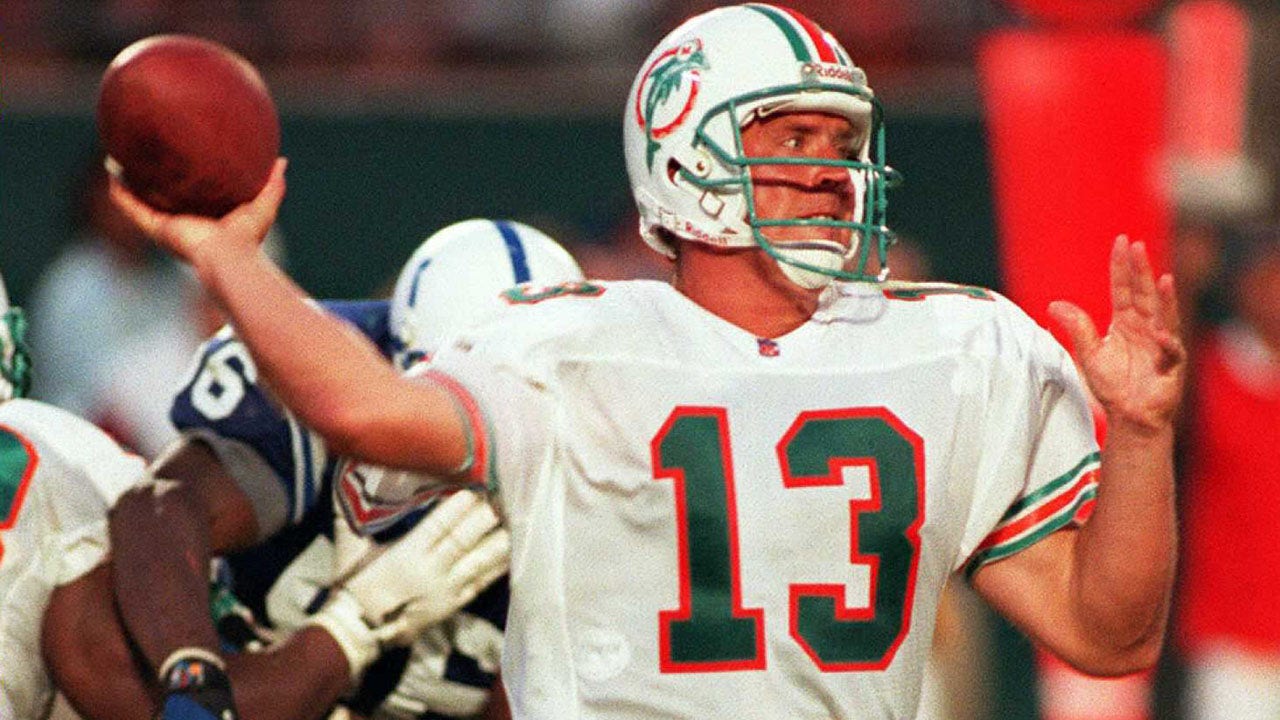 He’s learned to live with that. But, in the later stages of his career, he said he considered getting out of Miami to play for a contending team.

“I definitely thought about it,” Marino told Sports Seriously. “I played 17 years for the Dolphins, and they were kind of going in a new direction with a new coach, and I had offers to go play other places and really thought about it and maybe had a chance to win a championship like Matthew Stafford has done.”

Marino certainly would not be the only Hall of Fame quarterback to suit up for another team. Even after winning Super Bowls with their original teams, Joe Montana, Brett Favre, Peyton Manning and Tom Brady all made decisions to leave.

But being a lifelong Dolphin meant more to Marino than winning a title with somebody else.

“I thought about it for a long time; it just didn’t feel right,” Marino said. “I just decided I’ll just be a Dolphin for life, and it’s worked out great. But I did, I will tell you that. I did think about that.”

NFL Hall of Fame player Dan Marino on the field prior to a game between the New York Jets and Miami Dolphins Nov. 21, 2021, at MetLife Stadium in East Rutherford, N.J.
(Rich Graessle/Icon Sportswire via Getty Images)

He also has been an adviser to the Dolphins since 2014.