Cowboys’ Dak Prescott appears to get trash hurled at him after injury: ‘This is unacceptable’ 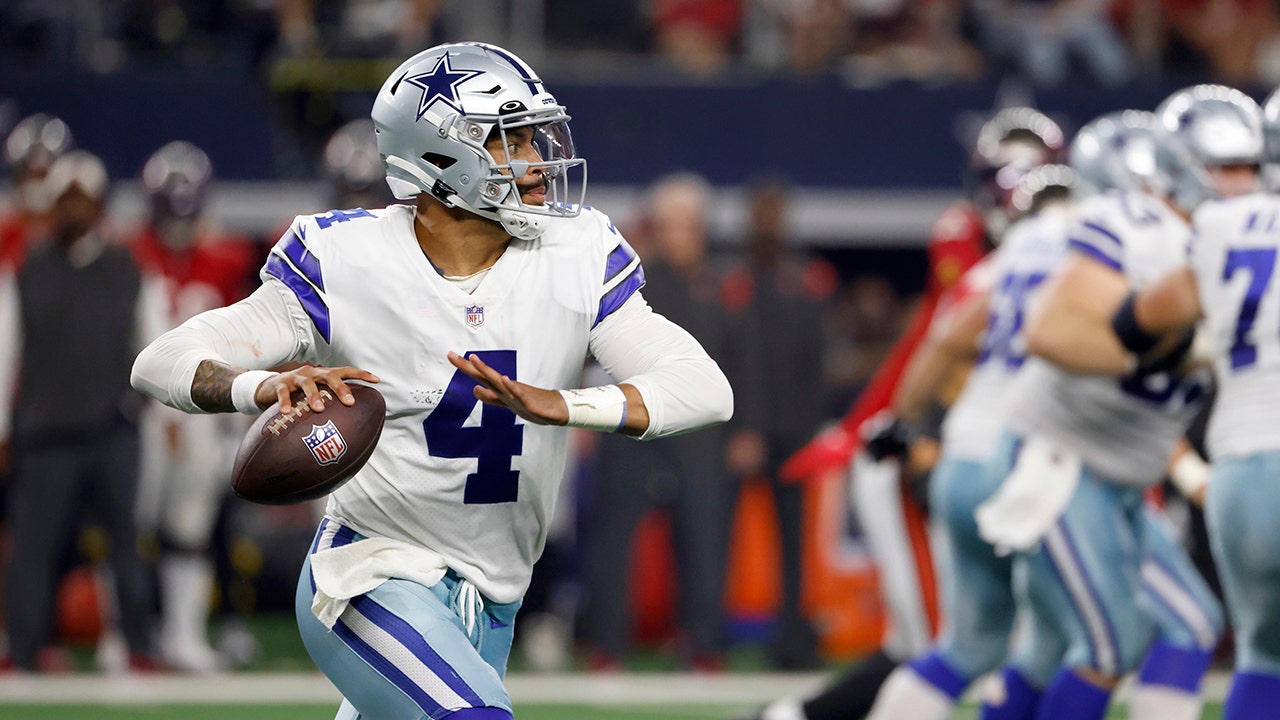 Most of the Dallas Cowboys fan base was saddened when Dak Prescott left for the locker room in the fourth quarter of their game against the Tampa Bay Buccaneers with a thumb injury.

Then the diagnosis hit – Prescott suffered a right thumb fracture and will miss a little over a month recovering. He was seen with a cast over his right hand when he talked to reporters after the Buccaneers wrapped up a 19-3 win over his team.

On social media, one video appeared to show fans at AT&T Stadium tossing trash toward Prescott as he left the field to go back into the locker room to get looked at.

“This is unacceptable, you’re supposed to love your players especially your QB,” he wrote.

Prescott was 14-for-29 with 134 passing yards and an interception before he left the game.

“Yeah, it’s very disappointing, but injuries happen. Can’t necessarily control it. Just unfortunate. I’m obviously going to miss some time, not be there for my team. That’s what hurts more than anything, especially after the start that we just put out there,” Prescott said, via Pro Football Talk.

“I wanted to be able to respond and not necessarily having that opportunity for several weeks. Yeah, it’s unfortunate, but I’ll do what I’ve always done anytime adversity comes. Take it on head first, and I’ll give my best, and I’m sure I’ll come out of this better.”

Dallas Cowboys quarterback Dak Prescott, #4, rolls out of the pocket in the first half of Sunday’s game against the Tampa Bay Buccaneers in Arlington, Texas, Sunday, Sept. 11, 2022.
(AP Photo/Ron Jenkins)

Cowboys owner Jerry Jones said the injury was not season-ending, but he will miss a few games.