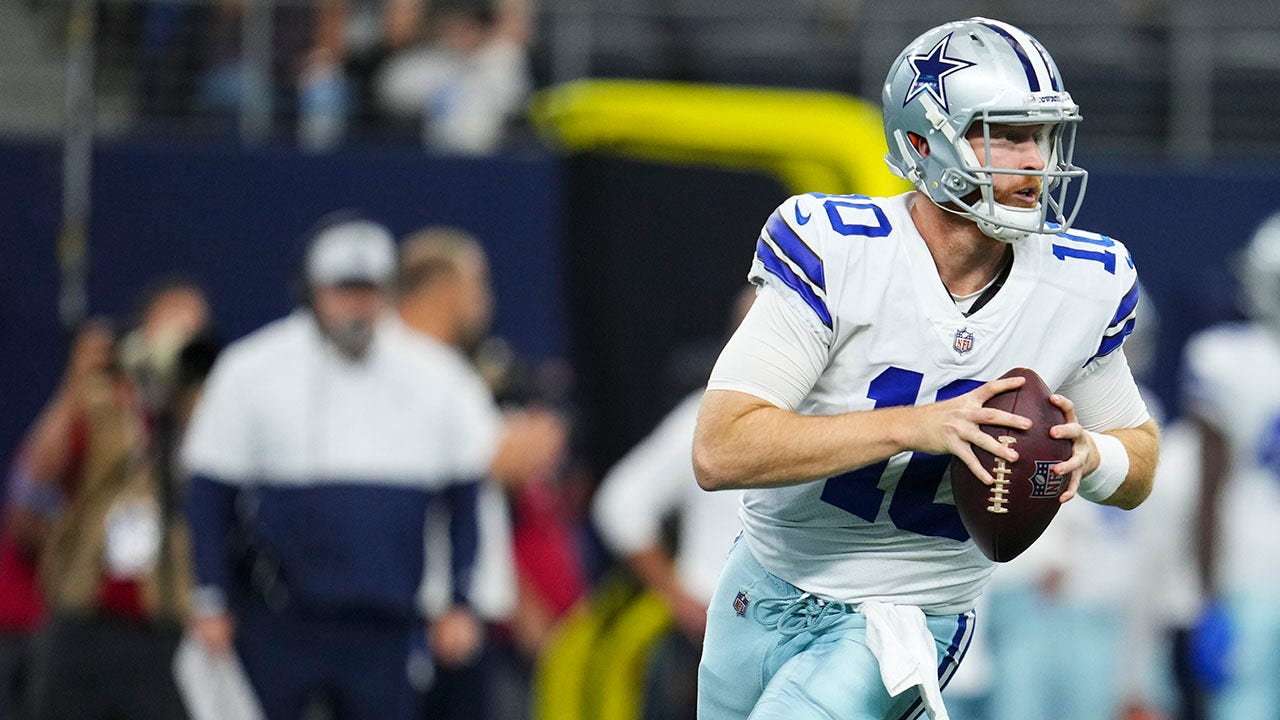 The Dallas Cowboys are off to a rough start this season, losing veteran quarterback Dak Prescott to a thumb injury that could sideline him for several weeks, but there’s a confidence and familiarity in backup quarterback Cooper Rush that could bode well for Dallas in their Week 2 matchup against the Cincinnati Bengals on Sunday.

Rush, 28, will make his second NFL start for the Cowboys this week after Prescott was ruled out with a fractured bone near his right thumb, which he sustained during last week’s season-opening loss to the Tampa Bay Buccaneers.

Cooper Rush of the Dallas Cowboys drops back to pass against the Tampa Bay Buccaneers at AT and T Stadium in Arlington, Texas, on Sunday.
(Cooper Neill/Getty Images)

But this isn’t something new for Rush.

COWBOYS’ JERRY JONES GIVES OPTIMISTIC TIMELINE FOR DAK PRESCOTT RETURN: ‘WE WILL NOT PUT HIM ON IR’

Last season, with the Cowboys rolling at 5-1, Prescott strained his right calf and Rush was summoned for his first NFL career start against the Minnesota Vikings. He kept the team’s momentum going with a last-minute touchdown pass to Amari Cooper for a clutch 20-16 victory.

Dallas Cowboys wide receiver Amari Cooper catches the game-winning touchdown during the fourth quarter of a game against the Minnesota Vikings at U.S. Bank Stadium in Minneapolis, Minnesota, on Oct. 31, 2021.
(Nick Wosika/Icon Sportswire via Getty Images)

“I think it’s more about the teammates. All you do every day is want to earn their respect,” Rush said Thursday, via ESPN. “To go out there on Sunday, that’s the best way to do it. Go play well. They have my respect. I think they respect me. I think we’ve got a good group. I think we’re ready to roll.”

“I know he’s on top of this offense,” star running back Ezekiel Elliott said. “I know he knows it inside out, maybe not as well as Dak, but very well. We’ve all got a lot of confidence in Coop, and I think last year has a lot to do with that.”

Rush could see multiple starts this season as the Cowboys expect Dak Prescott to miss at least four games before being ready to return.
(Cooper Neill/Getty Images)

Rush could see multiple starts this season. Cowboys owner Jerry Jones said earlier this week that the team will not be placing Prescott on injured reserve and anticipate him missing at least four games before being ready to return.