Broncos’ Melvin Gordon delivers warning to Seahawks after upset: ‘They can laugh now’ 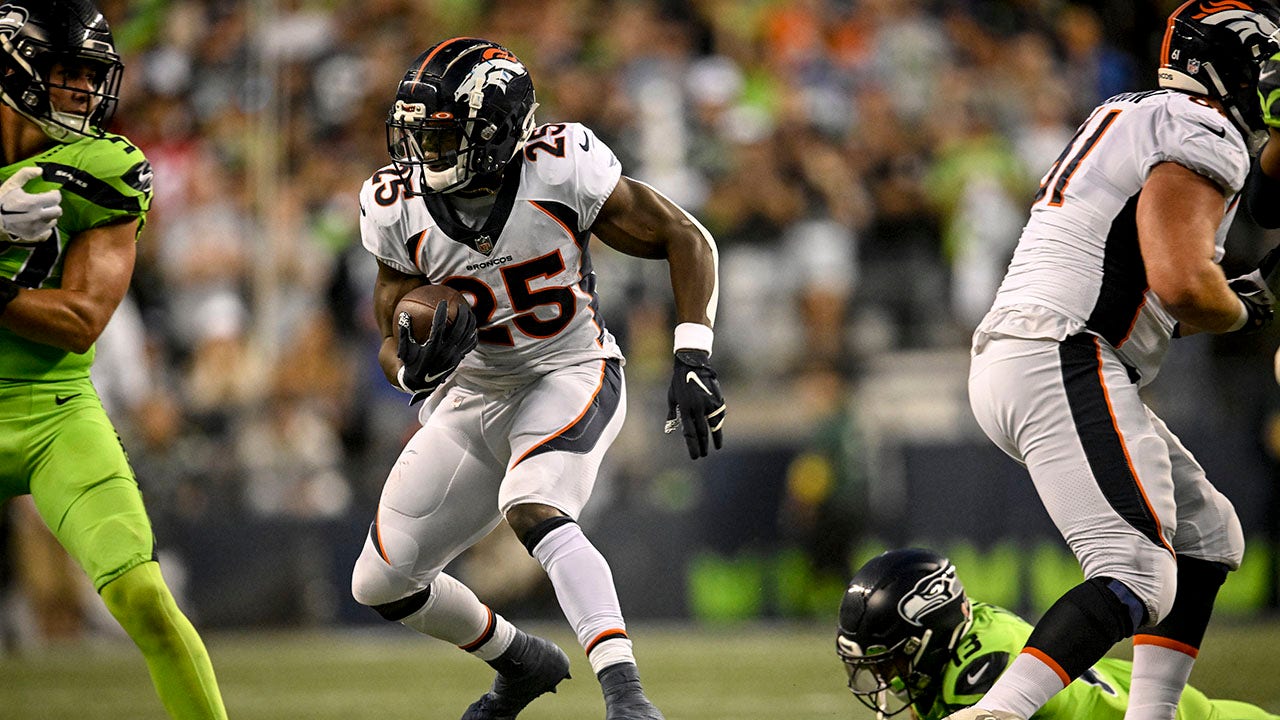 Denver Broncos running back Melvin Gordon had a strong message for the Seattle Seahawks after Monday’s surprising upset, and he’ll patiently wait for that message to get delivered.

The Seahawks defeated the Broncos 17-16 after Denver’s controversial missed field goal attempt in the final seconds of Russell Wilson’s return to Lumen Field.

But as Seattle rejoiced in victory with quarterback Geno Smith, veteran running back Melvin Gordon was anticipating having the last laugh.

“They can laugh now. I seen Pete Carroll. He was doing his little celebrating on the sideline. That’s cool. Hopefully we can meet those boys again, you know, in the Super Bowl, hopefully,” Gordon said Tuesday, via DNVR.

“The goal is to definitely have the last laugh. They can giggle now.”

Wilson completed 29 of 42 pass attempts for 340 yards and a touchdown in his debut with Denver, but the Broncos struggled to overcome their red-zone inefficiency with two fumbles on Seattle’s 1-yard line.

Denver Broncos quarterback Russell Wilson (3) runs out of the tunnel with teammates at the start of a game against the Seattle Seahawks, Monday, Sept. 12, 2022, in Seattle.
(AP Photo/John Froschauer)

Gordon, who was responsible for one of those mishaps, said the game was Denver’s to lose.

“We definitely beat ourselves,” he said after the game, via the NFL Network. “We got in the red zone multiple times. Couldn’t convert. Don’t mind going for it on fourth. We’re supposed to get the job done. We’re not worried. We’ll have our heads down for a couple of hours because we’re competitors, and we hate losing.

Melvin Gordon III (25) of the Denver Broncos runs with the ball against the Seattle Seahawks during the second half of Seattle’s 17-16 win at Lumen Field Monday, Sept. 12, 2022.
(Aaron Ontiveroz/MediaNews Group/The Denver Post via Getty Images)