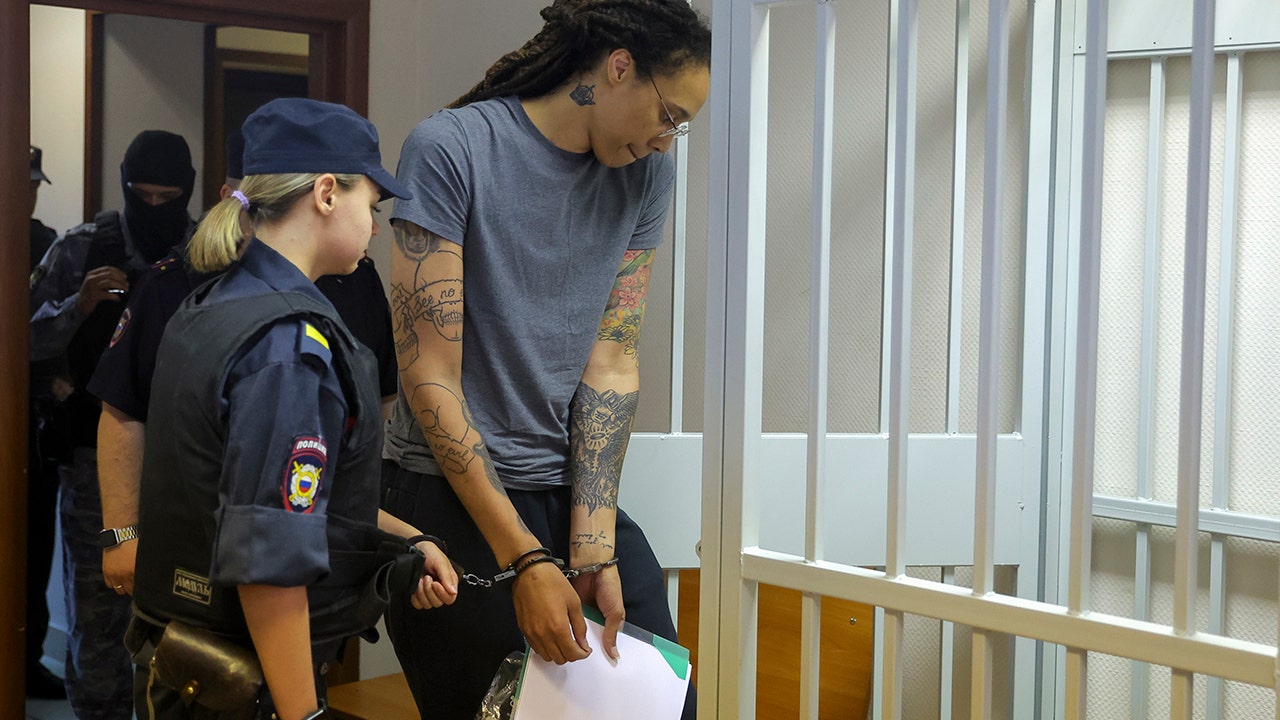 President Biden began meeting with family members of Brittney Griner and Paul Whelan to discuss his continuing commitment to bringing them back home safely, the White House said Friday.

Griner’s wife Cherelle, her agent Lindsay Colas, Whelan’s sister Elizabeth and Assistant to the President for National Security Affairs Jake Sullivan were participating in the meetings, which began at 4:51 p.m. ET.

“The primary goal of the meetings today is to be able to update the families and keep them completely apprized of where we are in the process and to make clear to them just how much a priority it is for President Biden and his whole team to get them home. That’s the focus for today,” National Security Council Coordinator John Kirby said Friday.

WNBA star and two-time Olympic gold medalist Brittney Griner, right, enters a cage in a courtroom prior to a hearing in Khimki just outside Moscow, Russia, Aug. 4, 2022.
(Evgenia Novozhenina/Pool Photo via AP)

The meetings with Griner’s family and Whelan’s were to happen separately. It marks the first in-person encounter between the Biden administration and the families.

Griner was sentenced to nine years in a Russian prison for bringing vape cartridges containing oils derived from cannabis through a Moscow airport in February. Whelan was convicted of espionage charges he says are false and is serving a 16-year sentence.

Secretary of State Antony Blinken confirmed that the Biden administration made a “substantial proposal” to Russia at the end of July to return Griner and Whelan. However, Russia still has not responded to the offer, according to U.S. officials.

Brittney Griner is escorted by police before her hearing in Russia.
(Getty Images)

“But that doesn’t mean that we’re not still in negotiations,” Kirby said.

Kirby on Friday seemed surprised Russia has not answered.

RUSSIA HAS NOT RESPONDED TO US OFFER REGARDING BRITTNEY GRINER, PAUL WHELAN RELEASE, BIDEN ADMINISTRATION SAYS

“We made a serious offer. We want them to accept it, frankly. These two individuals ought to be home anyway, period,” Kirby said. “But we understand that that’s probably going to have to be the result of the negotiating process, one that we’re willing to participate in honestly and fully, and we’ve been doing that. And we await them to take the offer that’s on the table.”

Paul Whelan, a former U.S. marine accused of espionage and arrested in Russia in December 2018, stands inside a defendants’ cage as he waits to hear his verdict in Moscow June 15, 2020.
(Kirill Kudryavtsev/AFP via Getty Images)

“The president is not going to let up,” Kirby said Friday.

It’s unclear whether the meetings are still ongoing.