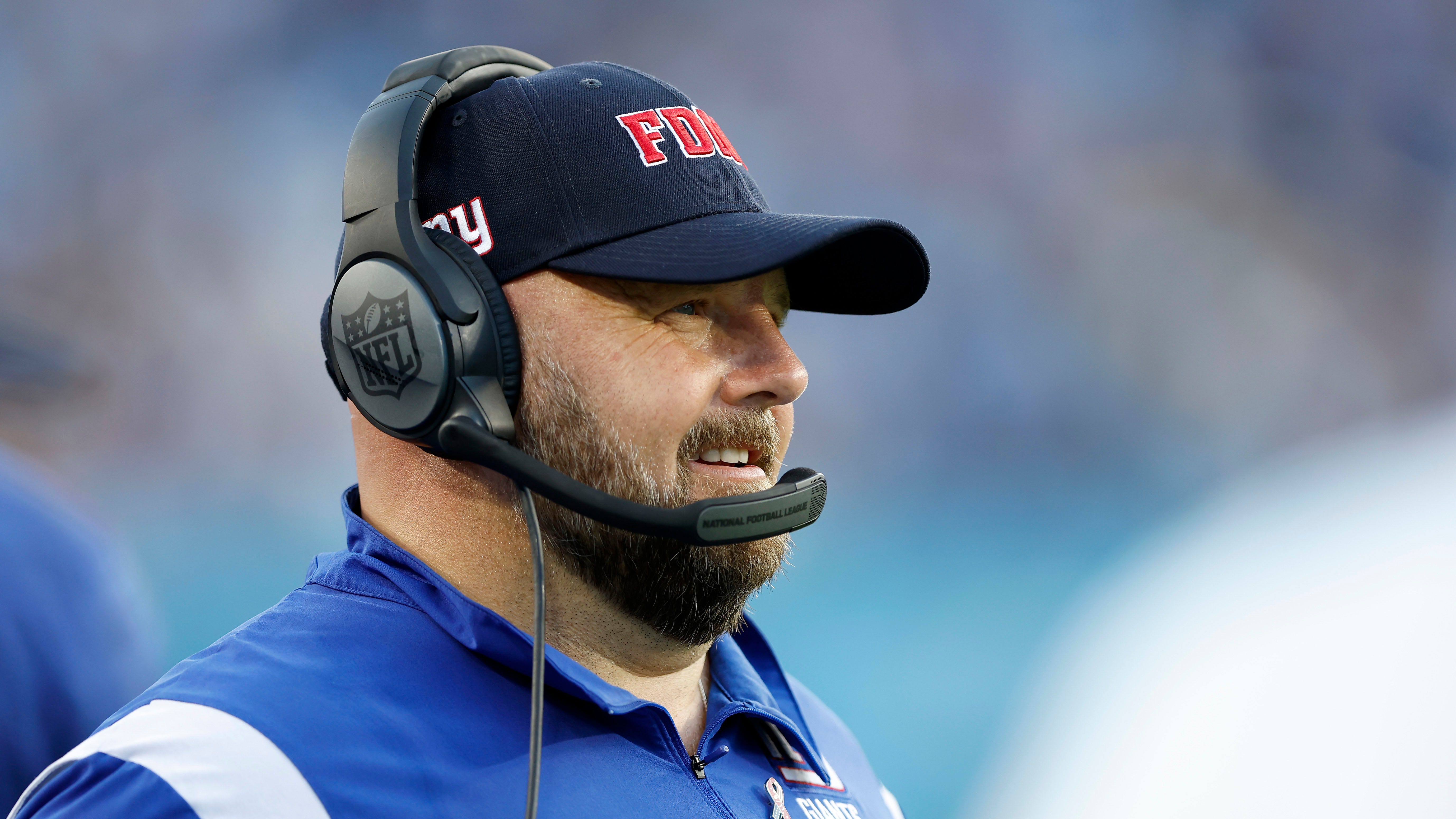 Brian Daboll needed a game-winning field goal by the Tennessee Titans to go wide, but he collected his first career win as New York Giants head coach because he was gutsy, and his players were resilient.

When that happens, it calls for celebration.

That’s exactly what happened in the Giants’ locker room after they upset the Titans, 21-20, in Nashville on Sunday. Surrounded by his players, Daboll was right there in the middle of the dance – and “hype” wasn’t even the word to describe what went down.

Daboll was showing off his best dance moves while his players were all smiles, joining him in celebrating the best start to a season the Giants have had in years.

Yes, it may be one game, but the Giants haven’t won a season opener since the 2016 season, the last season they made the playoffs.

“One game, win or lose, does not break a season,” Daboll said once everything was settled down in the locker room via the Giants. “But you got what it takes. Every day you keep grinding, every day we keep getting better. It was one game against a pretty da– good football team, give them credit.”

Daboll’s biggest decision came after Chris Myarick scored to set the Giants up for a tie, 20-20. Instead, Daboll went for the win, going for two and calling a shovel pass to Saquon Barkley, who broke a tackle and dove his way into the end zone.

New York Giants running back Saquon Barkley (26) is stopped by the Tennessee Titans defense during the second half of an NFL football game Sunday, Sept. 11, 2022, in Nashville.
(AP Photo/Mark Zaleski)

The Titans drove down the field nicely to set up a field goal for Randy Bullock, but it went wide left at the end of the fourth quarter, and the Giants rushed the field in celebration.

Other than Daboll’s decision-making, there was a lot for Giants fans to be optimistic about in this surprising Week 1 victory. Barkley looked elite, busting out big runs, absorbing contact and resembling his rookie year self.

He finished the game with 164 yards on 18 carries as well as six catches for 30 yards.

Also, Sterling Shepard, coming back from a torn Achilles that he suffered late in the 2021 season, caught a 65-yard bomb from Daniel Jones for a touchdown. He had two catches for 71 yards to lead Big Blue.

This win for the Giants also came without their star defensive ends available, Azeez Ojulari and rookie Kayvon Thibodeaux who were both out with injuries. The defense was still able to hold All-Pro running back Derrick Henry to 3.9 yards per carry (82 on 21 touches), which deserves a pat on the back.

Head coach Brian Daboll of the New York Giants looks on during the fourth quarter in the game against the Tennessee Titans at Nissan Stadium on September 11, 2022, in Nashville, Tennessee.
(Wesley Hitt/Getty Images)

Improvements will be made by Daboll before the team’s home opener against the Carolina Panthers next Sunday. But there’s nothing like getting that first win and the Giants basked in it with their head coach front and center.