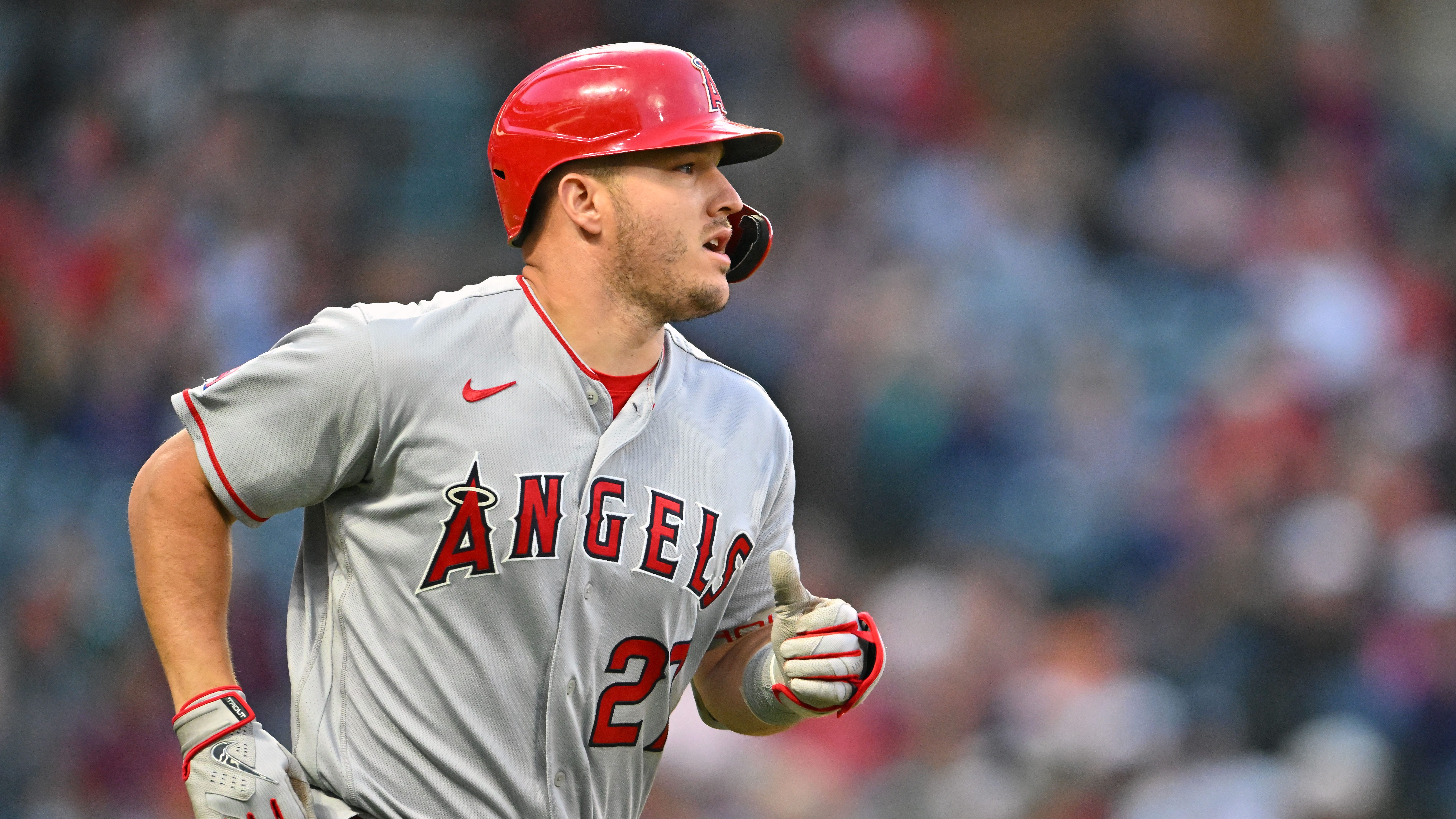 No one can stop Los Angeles Angels superstar Mike Trout from hitting baseballs out of ballparks.

In his seventh straight game, Trout has gone deep, homering in the top of the fifth inning against Cleveland Guardians pitcher Konnor Pilkington. He drove a low 94 mph fastball to dead center field, hitting the trees at Progressive Field.

The home run tied the game at four apiece.

The MLB record for most home runs hit in consecutive games is eight, so Trout is on the cusp of making history if he can keep it going.

Los Angeles Angels’ Mike Trout walks toward the dugout after striking out against the Houston Astros during the first inning of a baseball game Tuesday, July 12, 2022, in Anaheim, Calif.
(AP Photo/Jae C. Hong)

The Angels play again in Cleveland on Tuesday night.

Overall, Trout came into the game hitting .280/.369/.629 with 34 dingers and 67 RBI over 99 games thus far. He had to deal with injury again this season, missing a good chunk of July and August before he came back.

Shohei Ohtani #17 of the Los Angeles Angels celebrates his two-run home run with Mike Trout #27 in the third inning against the Detroit Tigers at Angel Stadium of Anaheim on September 05, 2022 in Anaheim, California.
(Meg Oliphant/Getty Images)

The Angels, though, haven’t done well again this season, owning a 61-79 record despite having Trout and two-way superstar Shohei Ohtani on their roster. While Trout and Ohtani have been performing up to expectations, the Angels have been faltering.

They are fourth in the AL West, with the Oakland A’s even worse at 51-90 heading into Monday.

Mike Trout #27 of the Los Angeles Angels rounds the base on his two-run home run in the fifth inning against the Cleveland Guardians at Progressive Field on September 12, 2022 in Cleveland, Ohio.
(Jason Miller/Getty Images)

But teams can always finish strong despite the postseason not being in their future, and that seems to be Trout’s mindset has he is seeing the ball very well at this point in the campaign.