Anderson Silva recreates special photo with Paul brothers, explains why he has ‘respect’ for YouTube stars 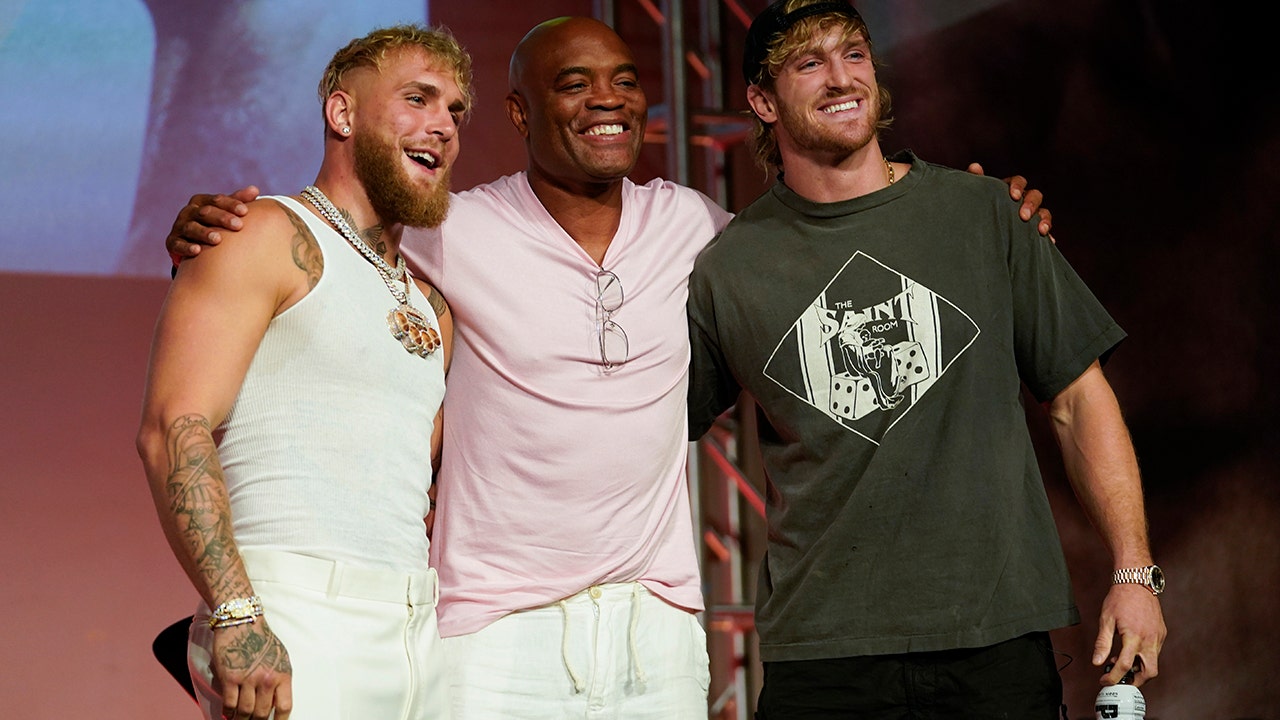 Anderson Silva is set to step into the ring against Jake Paul next month in what will be his first boxing match in more than a year.

Silva, known for his prowess in the Octagon in UFC, was the third scheduled opponent of the year for Paul after Tommy Fury and Hasim Rahman Jr. dropped out for various reasons.

On Monday, Silva appeared with Paul at the pre-fight press conference. The event was way more toned down than the previous press conferences that Paul has been involved in. Silva even took a photo with Jake and Logan Paul on stage to recreate an image from when the brothers were younger.

Silva expounded to Fox News Digital on the respect he has for the YouTube stars.

“I respect the kids because the kids are doing something very special. That’s the problem for a lot of people. When you don’t do nothing, you try to attack people when people are doing something. And the kids do a lot. And why don’t you say, ‘congratulations’ for both,” Silva explained.

Silva said he’s looking forward to bringing two generations of fighting together and hopes the bout could attract a younger audience.

Anderson Silva speaks during a news conference Monday, Sept. 12, 2022, in Los Angeles. He is scheduled to fight Jake Paul at a catchweight of 187 pounds on Oct. 29 in Phoenix.
(AP Photo/Ashley Landis)

“Well, this fight is interesting because it’s two different generations and different fan base to come watch this fight,” Silva said. “I’m so happy because I’m working hard (to) make something special in my life and for the new generation. God gave me one more chance for this and I’m so happy.”

Silva isn’t talking trash ahead of this fight and not overlooking Paul as a fighter.

“I think a lot of people talking about Jake, ‘Oh, he’s not a real fighter’ but when you go inside the ring, everything is real. You need to take care, you need to train hard. I’m training to win and probably Jake is doing the same,” he said.

Jake Paul, left, and Anderson Silva pose for photos during a news conference Monday, Sept. 12, 2022, in Los Angeles. The two are scheduled to fight at a catchweight of 187 pounds on Oct. 29 in Phoenix.
(AP Photo/Ashley Landis)

Silva is 3-1 as a boxer with wins over Julio Cesar de Jesus, Julio Cesar Chavez Jr. and Tito Ortiz. Paul comes into the bout undefeated with four knockouts.

The fight is set for Oct. 29 at the Gila River Arena in Glendale, Ariz. The fight can be seen on Showtime PPV.