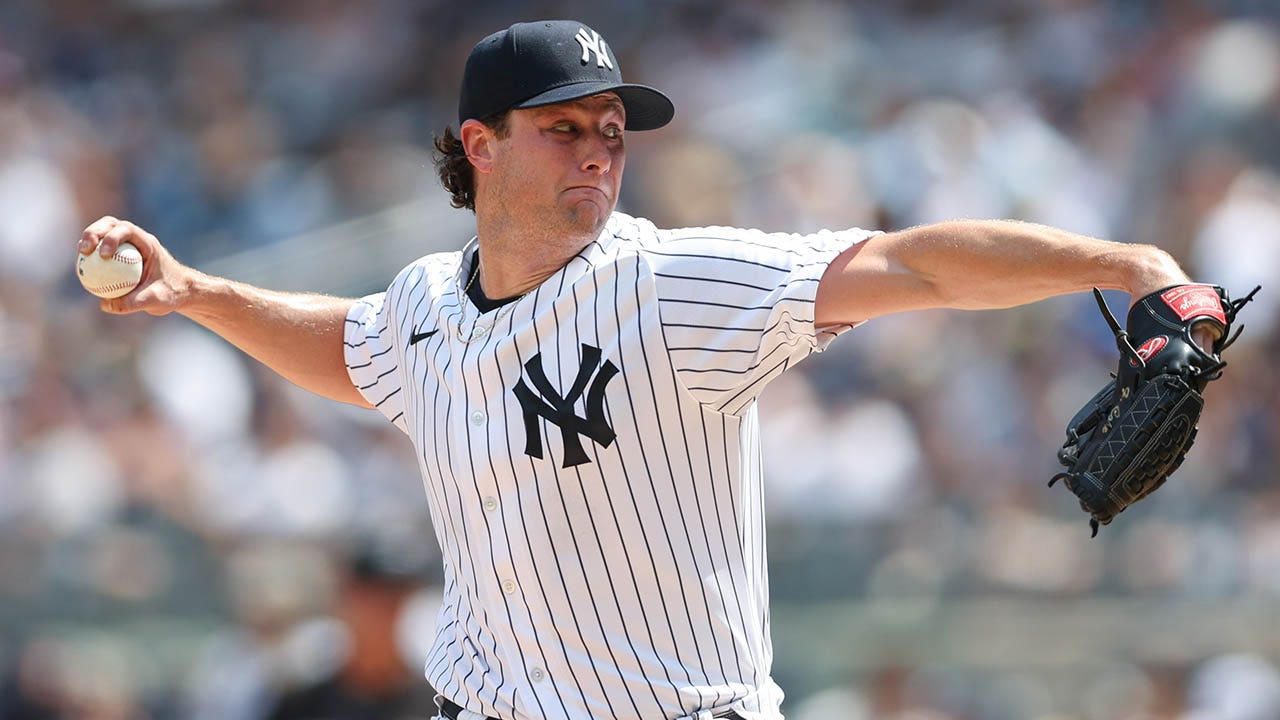 The New York Yankees will have Gerrit Cole start Game 1 of whatever postseason series they kick off in October.

Cole probably is the most talented starting pitcher on the Yankees. He leads the majors in strikeouts and leads the Yankees in strikeouts per nine innings. In his last four years, he’s been a top-finish Cy Young Award finisher four times and top-two twice, undoubtedly leaving him as the Yanks’ ace entering the year.

But this year, he leads the American League with 29 home runs allowed, and it seems like every start is either a gem or a dud with hardly any in-between.

Cole’s ERA is 3.41, while Nestor Cortes is pitching to a 2.70, but the Yankees are confident in the righty, whose nine-year, $324 million contract is the longest and largest for a pitcher in baseball history.

“Yeah, Cole would be. And we feel great about Nestor obviously too. And hopefully [Luis Severino] getting back here and getting a few starts under his belt here at the back end, put him in that mix too,” Boone told the Post’s “The Show.” We’ve got a couple weeks to go there and we’ve got to see how we get there and how we get in. Those things always affect how you line things up. But hopefully we’re in a position to line it up how we want.”

It’s likely that the Yankees will clinch the AL East and the second seed in the American League, thus giving them a bye straight to the ALDS, slated to begin Oct. 11.

The bye week would give the Yanks the ability to shake up the rotation pretty much however they want, as they won’t have played for six days — their last regular season game is on Oct. 5.

At this rate, if Cole pitches every fifth day, his last regular season start will be two days prior to the season ending, which would give him an extra day of rest into the start.

Cole has had nine starts this year of at least six innings pitched while allowing two or less earned runs, but he has also had five outings where he’s allowed at least five earned.

The 32-year-old has been the face of the sticky substance crackdown, as his overall numbers have gotten worse since it occurred last year. He has a 3.65 ERA in 46 starts since it began on June 21 of last year. Before it began last year, he was pitching to a 2.31 ERA in his first 14 starts of the season.

In last year’s Wild Card Game, Cole couldn’t make it out of the third inning against the Boston Red Sox.

He was named to his fourth straight All Star Game this summer (there was no Midummer Classic in 2020) and the fifth of his career.